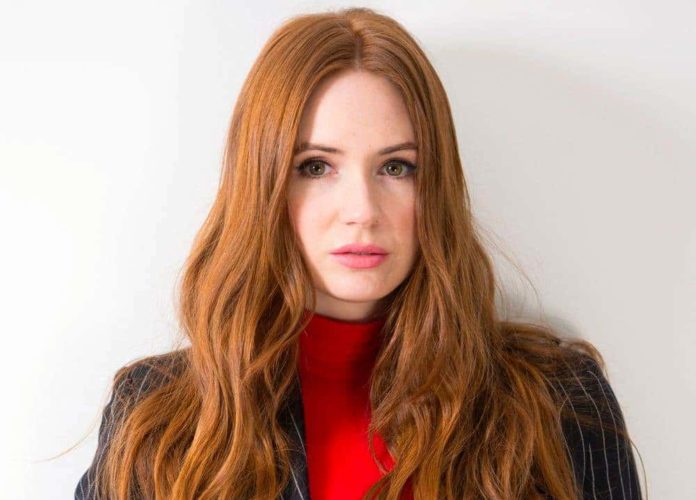 The role of Amy Pond in the science fiction series ‘Doctor Who’ was one of the audience’s favorite and the actress popular for portraying it is a Scottish actress, director, and screen write Karen Gillan. As a successful television actress, she developed herself and also ventured into films.

She is also passionate about social problems, besides acting, and helped support Fashion Targets Breast Cancer (FTBC). At the age of 23, she made her film debut with a part in the British supernatural thriller movie ‘Outcast’. In the superhero film ‘Guardians of the Galaxy,’ she became globally famous for her appearance as Nebula.

The ambitious lady expanded her scope to both become a director and screenwriter after acting in many successful small screens and large screen films. In the comedy-drama film ‘The Party’s Just Beginning,’ which she has also written and directed, she played a leading role.

The 32-year-old Karen Gillan was born on the 28th of November.  With her stunning body figure measurement of 34-26-34, she has always been a fan favorite. She looks quite beautiful with her hazel colored eyes and her red hair. She is quite tall as well with a height of 5 feet 10 inches and her weight is maintained around 58 kg.

As one of the most popular actresses and TV personalities, Karen Gillan has earned a lot of wealth through her talent in acting as well as modeling. She has been part of the Marvel universe which made several high grossing movies, hence it is estimated that she must have earned a lot of wealth through it. The total net worth estimated for Karen Gillan is $16 million US dollars as of now.

The native of Scotland Karen Gillan was born and raised in Inverness, Scotland, UK. The daughter of John Gillan and her Marie Gillan, she attended the Telford College after High school graduation and later also went to Italia Conti Academy of Theatre Arts drama school.

In 2010, she made her film debut with a part in the supernatural thriller movie ‘Outcast’. The film, directed by Colm McCarthy, was about a murderer chasing his former lover, a native of an ancient mystical race. She gained massive popularity from 2010 to 2013 for her role as Amy Pond in the famous ‘Doctor Who’ British TV series.

Early television appearances by Karen Gillan included guest roles in many television shows, such as the detective series ‘Rebus.’ She joined the ensemble cast of ‘The Kevin Bishop Show’comedy series later. She was also the leader of the ‘The Well’ horror project, which was a collection of episodic short films.

In the 2013 romantic comedy movie ‘Not Another Happy Ending’, she made her second appearance on the big screen with the lead role. In the superhero film ‘Guardians of the Galaxy’ in 2014, she played one of the significant roles. In the TV series ‘Selfie’, she then played the lead role. She starred in two feature films in 2015,’The List’ and ‘The Big Short’.

She played a supporting role in the ‘In a Valley of Violence’ film the following year. Her next significant role was in the 2017 superhero movie ‘Guardians of the Galaxy Vol. 2 ‘.The same year, she starred in two other films,’ The Circle’ and ‘Jumanji: Welcome to the Jungle.’

She wrote, directed, and played the lead role in the movie “The Party’s Just Beginning” in 2018. Karen Gillan’s awards include the “Cosmopolitan Woman of the Year”Award for Best Actress for her role in 2010 in the TV series “Doctor Who”.

Karen has been in a relationship twice once with Andrew Brooke and later in a six-year relationship with Patrick Green, but she is not married as of now.

Here we provide you the list of Karen Gillan’s favorite things. 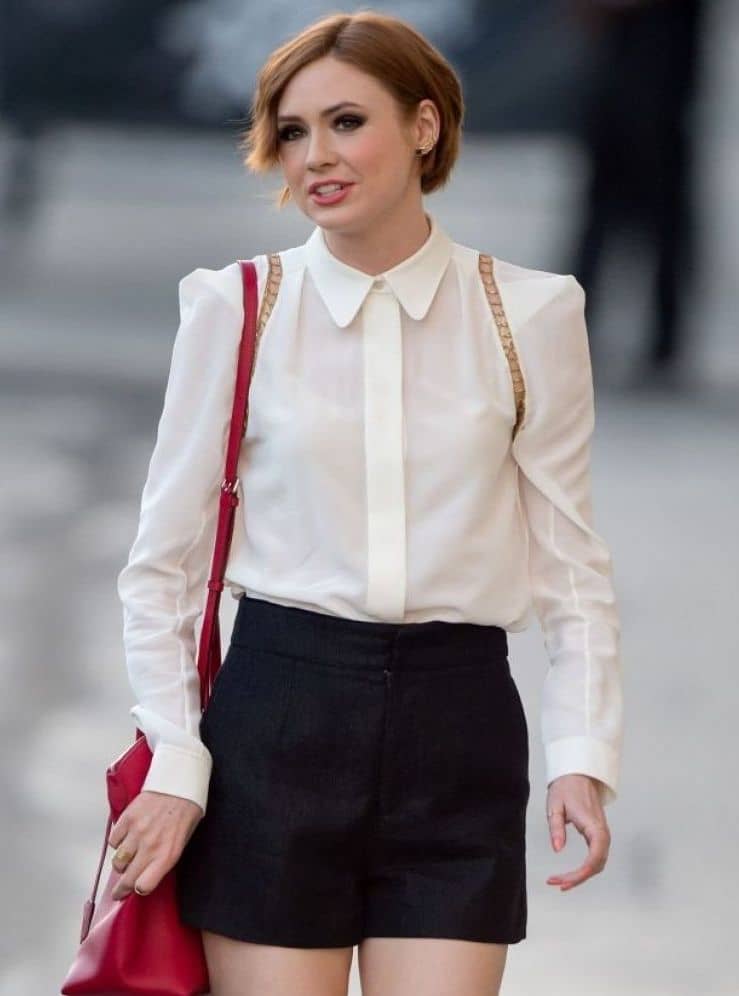 Some Interesting Facts About Karen Gillan