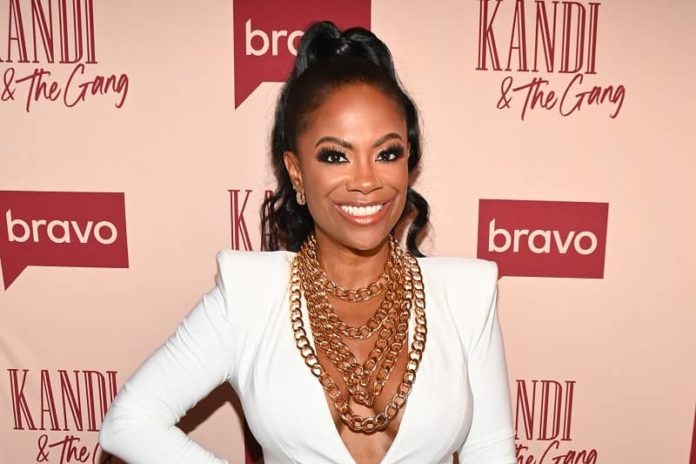 Kandi Lenice Burruss-Tucker, better known by her stage name Kandi Burruss, is an American producer, television personality, singer-songwriter, and entrepreneur who rose to prominence as a member of the female vocal group Xscape in 1992.

In 2000, her song “No Scrubs” was nominated for a Grammy Award for Best R&B Song. Kandi has been a cast member of the reality show The Real Housewives of Atlanta since its second season. In the third season of the drama series The Chi, she also played Roselyn Perry.

Kandi Burruss is 46 years old. She stands 5 feet 2 inches tall and weighs around 67 kilograms. Her beauty is enhanced by her black eyes and brown hair. She is very conscious about her health and maintains her figure with the measurement of 34 inches breast, 27 inches waist, and 34 inches hips.

Kandi Burruss’ net worth in 2021 is estimated to be around $30 million USD. Her earnings come from singing, acting, and various other commercial enterprises.

She had a brother, Patrick Riley, who passed away in 1991. Her older brother was killed in a vehicle accident. She grew up in Georgia, where she attended Tri-Cities High School with her classmates.

During her high school years, Kandi and her friends founded the band Xscape, and in 1992, they performed at Teen Summit for the first time. Ian Burke, a record executive, was introduced to the girls and later became their manager.

Xscape quickly became well-known, attracting the attention of American producer Jermaine Dupri, who later signed the group to his “So So Def Recordings” label. In 2007, the band Xscape split due to serious feuds among its members, who leveled accusations against one another, and they all went their separate ways.

Kandi then concentrated on songwriting and production. In 1999, she co-wrote three major hit songs with Kevin Briggs: “No Scrubs,” “Bills, Bills, Bills,” and “There You Go.” Kandi was introduced to the Real Housewives of Atlanta in the second season, replacing DeShawn Snow.

She has now appeared in every season of the show, making her the series’ longest-serving member. The Kandi Factory, the second spin-off from The Real Housewives of Atlanta, was originally intended to be a one-time television special but ended up being renewed for a full season.

She was also a contestant on the second season of the reality show Celebrity Big Brother. She did well and finished fifth, as well as being a fan favorite on the show. Kandi also appeared as a guest in season eleven of “From Farm to Runway,” alongside actress and model Amber Valetta.

She also appeared as the Night Angel in the third season of the singing competition The Masked Singer, where she became the show’s first female winner.

Burrus’ first spouse is Russel “Block” Spencer, and they had a daughter together. Later, she began dating Ashley “A.J.” and was engaged; however, her boyfriend suffered head injuries in a fight and died as a result of his injuries after a few months.

Kandi is currently married to Todd Tucker, a former Real Housewives of Atlanta line producer. Riley Burruss (her daughter) and Ace Wells Tucker (her son) are her children.

Here we are providing the list of favorites of Kandi Burruss: Some Interesting Facts About Kandi Burruss