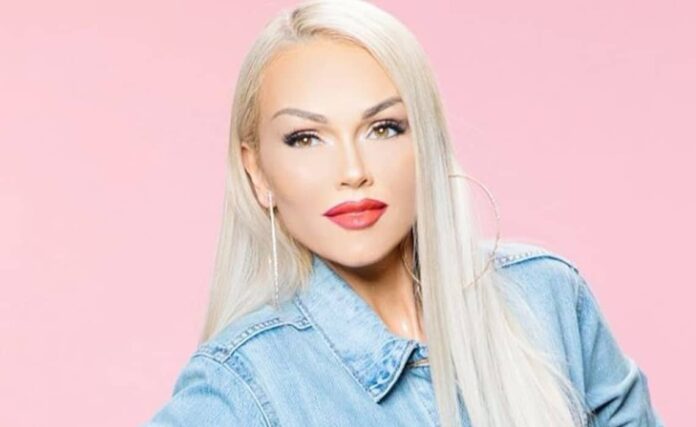 YouTube has given a platform to many for showcasing their talent and extremely popular American beauty vlogger Kandee Johnson is one of them. ‘Kandee Johnson’, her main channel has more than 3.8 million subscribers and over 423 million views.

She uploaded her first vlog in 2009 but she started blogging in 2008. From her YouTube channel, she started hosting beauty and business seminars soon after she became popular. She was a celebrity make-up artist who worked on celebrity appearances, movies, and wardrobe styling for TV shows and commercials before becoming a YouTube star.

She showcases makeup transformations, makeup tutorials, and beauty tips from her YouTube channel and is considered as one of the YouTube pioneers of beauty and fashion.

Born on the 9th of July 1978 Kandee Johnson is currently 44 years old. She appears to be tall, slim and has a well-maintained body figure.

Her body figure measurements are 34-26-35 and she wears number 7 in the shoe size. Kandee’s height measures 5 feet 7 inches while her weight is 55 kg approximately. She has brown colored eyes and the color of her hair is brown as well.

Starting as a single mother who was struggling between her careers and raising her children, to becoming a famous beauty expert Kandee Johnson’s journey has been an inspiration to many.

She has earned a lot of wealth through her expertise in makeup by doing make-ups with celebrities and through her YouTube channel as well as with advertisements and brand endorsements. She has also launched her own cosmetic brand and collaborated with many. The total net worth estimated for Kandee Johnson is $3.5 million US dollars as of now.

A native of California Kandee Johnson was born and raised in Los Angeles, California, USA. She is the daughter of Dean R. Johnson and Shannon D. and grew up with a sister Tiffany Myers. She has studied at a beauty school and it is not known if she has pursued any other education.

As she has inspired thousands of bloggers and vloggers to follow a similar career path, Kandee has established herself as a famous beauty expert. Kandee started blogging about her kids and small incidents in her daily life and later moved to beauty, style, and fashion.

She became popular and was featured in magazines, including Nylon, Cosmopolitan, Elle, Glamour, and Self. She has also been featured on TV shows and judged TV shows like ‘How Do I Look’ on the Style Channel.

To make the lips fuller, to get the brows in perfect shape, look like a Barbie doll, or advising her viewers, Kandee loves her work and does it with entertaining, teaching, and inspiring others. She has also hosted the fifth annual ‘NYX Fine Artistry of Cosmetic Elites’ (FACE) Awards.

To develop the ‘IWantKandee’ collection, Kandee has also teamed up with the cosmetic brand ‘Too Faced’. A nail polish collection called ‘Sinful Colors’ was developed by her and in 2016 she has won a Streamy Award in the Beauty category as well.

She has been married twice but has not disclosed the details about her ex-husband’s. Kandee has four children from her previous relationships, two daughters and two sons.

Here we provide you the list of Kandee Johnson’s favorite things. Some Interesting Facts About Kandee Johnson