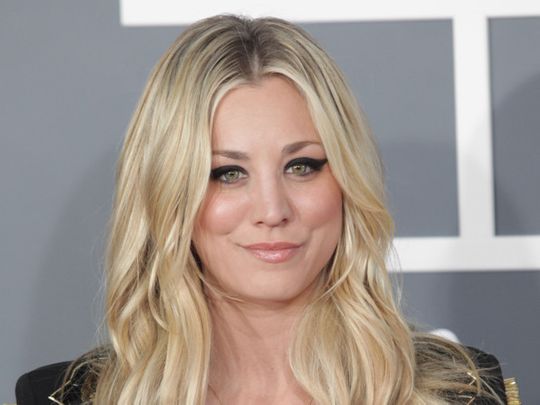 One of the Hollywood leading ladies Kaley Cuoco grabbed immense popularity from portraying the character of Penny in the hit CBS television series ‘The Big Bang Theory’. Starting out as a child actress, she has built her successful career and has become one of the highest-paid actors on television.

Apart from Penny, she is also been adored for other television roles which include Bridget Hennessy on the ABC sitcom ‘8 Simple Rules’ and Billie Jenkins on the television series ‘Charmed’. Maxim Magazine has included her into the ‘Hot 100 Women’ list twice.

Kaley Cuoco weighs 57 kg and 126 lbs in pounds. She stands with a height of 168 cm or in feet inches 5’6”. She looks beautiful in blonde color hair and sparkling green color. Her figure measurement is 34-24-36 approximately. She turned 33 years old, in November 2019. She has an attractive personality with a bubbly attitude.

Kaley Cuoco’s net worth is estimated to be $30 million approximately. Her salary is $1 million per episode. She also owns a BMW car.

Kaley Cuoco was born as the eldest daughter of Gary Carmine Cuoco who is a realtor and Layne Ann who is a homemaker in Camarillo, California. She has a younger sister named Briana. In childhood she was interested in sports but left the sport at the age of 16 to pursue acting seriously.

At the age of 6, she started her career and modeled for commercials for brands like Barbie dolls. As a child actress she appeared in the TV movie ‘Quicksand: No Escape’. Along with Jennifer Aniston, she appeared in the romantic comedy film ‘Picture Perfect’.

Later she did minor roles in a number of television series such as ‘7th Heaven’, ‘First Monday’, ‘The Ellen Show’ and ‘The Nightmare Room’. In 2002, she landed on a major role of Bridget Hennessy in the ABC sitcom ‘8 Simple Rules’.

She has a long dating history and has been linked with many celebrities. In 2013, she got married to a professional tennis player, Ryan Sweeting but got divorced in 2016. Currently, she is dating Karl Cook.

Here is the list of Kaley Cuoco’s favorite things. Some Interesting Facts About Kaley Cuoco