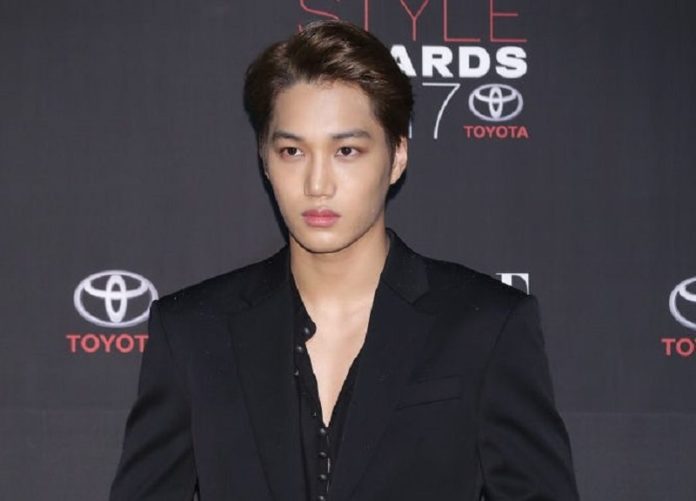 In 2012, he made his Exo debut with the Mama EP. Besides music, he has also starred in numerous movies and television dramas. Kai is considered to be one of the best dancers of South Korea and K-pop.

Their combined net worth is projected to be above $1 billion, with his individual net worth estimated to be approximately $8 million. Contracts, album sales, performances, tours, and endorsements all contribute to their income. Exo has been featured in multiple advertisements for various products as a part of the group.

Kai was born and raised up in Suncheon, South Jeolla, and belongs to Asian (South Korean) ethnicity. He didn’t reveal any information with regards to his parents including their names too. He has been raised up along with his two sisters whose names are also not known.

As for his education, he completed his schooling at the School of Performing Arts Seoul and there is no further information about his education.

Kai began ballet lessons while he was in third grade. After seeing The Nutcracker, he became fascinated by ballet. He began dancing at the age of eight and specialized in jazz dance. He took part in and won the SM Youth Best Contest. In 2007, he joined SM Entertainment. He began his hip-hop training.

In December 2011, he became the first Exo member to be properly unveiled to the public. Exo made its formal debut in April of 2012. Mama, their first EP, was released. For their debut album, the band received a number of accolades. At the 2013 Seoul Music Awards, Mama was named Best New Asian Artist as well as the New Artist Award.

They were also nominated for Artist of the Year and Rookie of the Year at the 2012 Mnet Asian Music Awards and the 2013 Korean Music Awards, respectively. In June 2013, the group released their debut studio album, XOXO. Their first album earned them their first Daesang prize, as well as a slew of other honors.

In November 2020, he released his first solo EP, Kai. Kai made his acting debut in Choco Bank, a 2016 online drama. He starred in the series, which had a record-breaking number of viewers.

Other important dramas featuring Kai include Andante, The Miracle We Met, and Spring Has Come. For his part in the drama Andante, he was named Favorite Korean Drama Character at the 2018 StarHub Night of Stars.

Kai is not married yet and was formerly linked to Krystal, a member of the girl group f (x). In April 2016, their relationship was announced. Their romance, however, did not last long and they separated in 2017. He was later thought to be dating Jennie from Blackpink. They did, however, split up in 2019.

Here we are providing the list of favorites of Kai: Some Interesting Facts About Kai