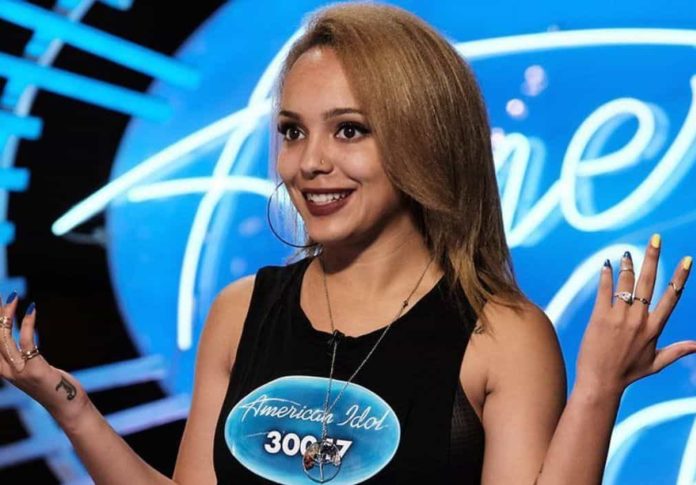 Jurnee Siani is a well-recognized contestant on ABC’s “American Idol” hit reality show. On season 16 of the talent show, Jurnee Siani stunned the judges with her flawless performance singing “Rise Up” by Andre Day. Jurnee was without a doubt one of our favorite singers on American Idol the season.

She is not only an outstanding vocalist and artist but also a very prominent voice for the LGBTQ community. She has got a beautiful voice and her voice has inspired judges. Also, she was one of the top contestants who will have a promising future singing career. Along with her amazing voice, she is also blessed with a charming personality as well.

Jurnee’s height is 5 feet 5 inches and her weight is 54 kg approximately. Jurnee has black colored eyes and the color of her hair is golden.

As Jurnee Siani was one of the most popular stars in American idol, she got a lot of exposure to the music industry and had a chance to work with the stars. She has earned a lot of wealth through her career as a television star and her skills as a musician. The total net worth estimated for Jurnee Siani is $100 thousand US dollars as of now.

The native of Colorado, Jurnee Siani was born and raised in Denver, Colorado, United States of America. She has kept the identity of her parents and siblings a secret and has not shared it with anyone but it is known that she has a brother. She studied at Littleton high school and did not attend any college after that.

Jurnee Siani is an aspiring Dever born singer who has been fascinated with creating music. Earlier to American Idol, which airs in its new home network ABC, she was never in any television singing contests. She became interested in music at the age of 2 and then started writing songs and trying out her hands in different musical instruments.

She also stayed away from music for a brief time in struggle with her sexual identity but resumed after she came out as a lesbian. Already put in the Top 14, Jurnee sang Andra Day‘s “Rise Up” during the audition that only a few people were able to do what she did perfectly.

Judges were shocked to hear her melodious and highly commanding voice. Katy Perry lauded her as “wildly talented” and her effortless performance was fascinating. She has previously also appeared in many shows and festivals and appeared on radio, a television in January 2016 live at KUHS.

She started dating Ashley as soon as they met and has been married to her long time girlfriend Ashley Weathers; the couple is now leading a happy life.

Here we provide you the list of Jurnee Siani’s favorite things. 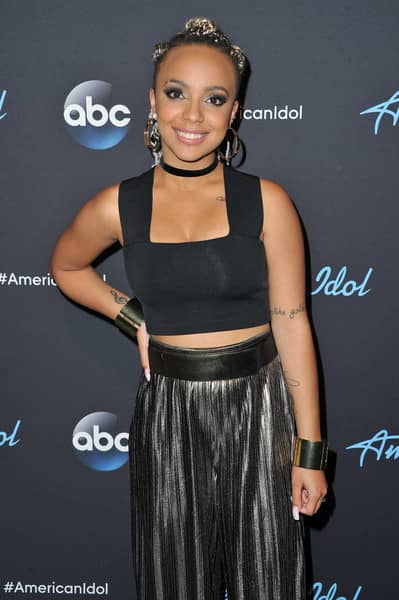 Some Interesting Facts About Jurnee Siani