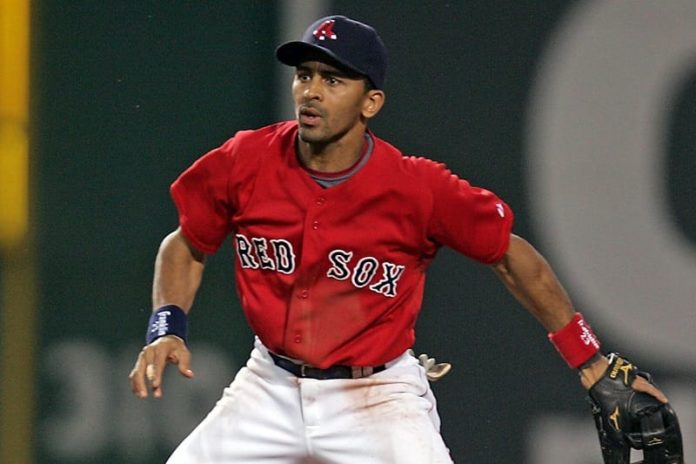 Being persistent may lead you to the door of success but hard work is the key to achieving it, this line has been very well proved by ‘Julio Cesar Lugo’ renowned as ‘Julio Lugo’ who was a Dominican professional baseball player. In his full career, he played 12 seasons in MLB and in 2007, won a World Series with Boston Red Sox.

Julio started his MLB career at Houston Astros and after that, he played for Los Angeles Dodgers, Boston Red Sox, Baltimore Orioles, Tampa Bay Devil Rays, St. Louis Cardinals, and Atlanta Braves. Recently, in November 2021, he passed away due to a heart attack.

Born on 16 November 1975, this handsome baseball died at the age of 46 years old in November 2021. He seems enough tall with his height which is 178 in centimeters and 5’10” in feet & inches. He maintains himself very fit and healthy with a weight of 79 in kilograms and 174 lbs in pounds.

Moreover, he is very conscious about his physique and follows a regular and healthy diet in order to keep himself fit as a fiddle with the body measurements of 40 inches chest, 31 inches waist, and 14.5 inches biceps approximately.

His net worth was estimated at around $20 million around the time of his death.

Julio was born and raised up in Barahona, Dominican Republic, and belongs to mixed ethnicity. He didn’t reveal any information with regards to his parents but he has a lovely brother named Ruddy Lugo.

As of his education, he completed his schooling at Fort Hamilton High School and further enrolled at Connors State College where he played baseball.

As of his career, in the 43rd round of the 1994 MLB Draft, he was selected by the Houston Astros. In May 1995, he signed with the Astros. In 1995, he made his professional debut with the Class A Short Season team Auburn Astros and appeared in 59 games for the team with a .291 batting average.

In October 2006, he became a free agent. In December 2006, he signed a four-year contract worth $36 million with the Boston Red Sox. With his contribution, Red Sox win the World Series after defeating Colorado Rockies. He injured his left quad running out of a hit and was placed on the disabled list.

In that season, he played in 82 games with one home run and 22 RBIs. In March 2009, he underwent arthroscopic surgery on his right knee, and in the same year, he was designated for assignment by the Red Sox. In July 2009, he was traded to the St. Louis Cardinals. In the 2009 season, he played 51 games with two home runs and 13 RBIs.

As of his personal life, he was a married man who tied the marriage knot with Surki Lugo in 2007 and the couple blessed up with one son and two daughters. Previous to this, he married Mabel with whom he also shares a son. The names of his two sons are Julio and Josmael Lugo while her daughter’s names are not known.

Here we are providing the list of favorites of Julio Lugo: Some Interesting Facts About Julio Lugo