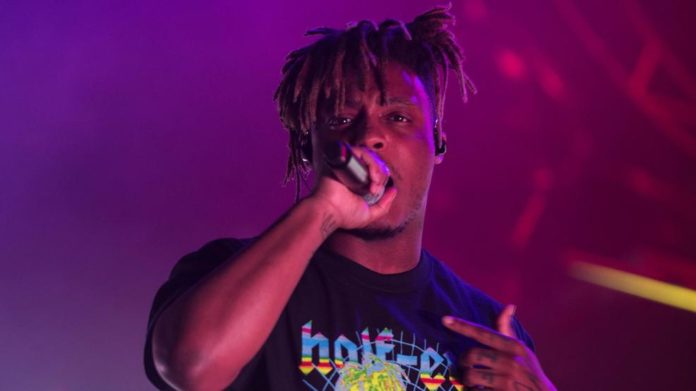 The story of Juice Wrld is not a new one but yet another unfortunate one in the music industry. The talented American rapper, singer, and songwriter, at the prime of his career, died a mysterious death at Chicago’s Midway International Airport on December 8, 2019.

His fame was imminent but was lost to drug abuse. Jarad got interested in rock music as it was featured in the video games he played. Starting with the nickname ‘JuicetheKidd’ featured on Soundcloud, he later changed it to ‘Juice WRLD’ to give it a global appearance.

‘No Bystanders’ is a famous song of his that reached the Billboard Hot 100’s 31st spot. Although his death came as a surprise for everyone, the cause of death was something the music industry has seen many times.

Juice died at the early age of 21, he was born on December 2, 1998. Although he wasn’t tall, he had a slim and toned body his height measured 5’ 7” in feet and his weight was 75 kg. Jarad wore a nose ring and his matted hairstyle was quite a popular one. Juice’s hair was naturally black and he colored some of it dark brown, the color of his eyes was black.

Higgins was about to be known in the globally popular top rap artists list before his death, with millions of followers worldwide and lots of songs yet to be featured. With more than 350 million views on his songs, he had a large gathering of fans on the internet. At the time of his death, his net worth was estimated to be $8.5 million US Dollars and with his lavish lifestyle, he owned the luxurious car Rolls, Royce Cullinan.

Jarad Higgins, born in Chicago, Illinois later moved to Homewood, Illinois where he spent his childhood. Juice has an elder brother and was raised mostly by his mother as his parents divorced when he was three years old.

The juice was addicted to drugs from an early age and attended the ‘Homewood-Flossmoor High School’ for his early education. His mother taught him the piano at the early age of 4.

Jarad began considering rap music as a career option at high school during his freshman year. On ‘Soundcloud’, he released his first track, ‘Forever’ which he recorded on his mobile phone. ‘Juiced up the EP’ was his first major project which Juice released in January 2016.

His first full-length EP, ‘999’ was released on June 15, 2017. With more than 2.5 million plays on ‘Soundcloud’ this album featured his most famous song ‘Lucid Dreams’, it also became one of the most streamed songs of 2018. Juice released another album by December 2017, a three-song EP ‘Nothings Different’.

The juice was signed by the music company ‘Interscope Records’ following his success for $3,000,000. Juice released his first studio album, ‘Goodbye & Good Riddance’ in May 2018 and shortly after announced his first tour, ‘WRLD Domination’. Juice has also appeared on TV in August 2018 at the late-night talk show ‘Jimmy Kennel Live’.

Here we provide you the list of Juice Wrld’s favourite things. Some Interesting Facts About Juice Wrld