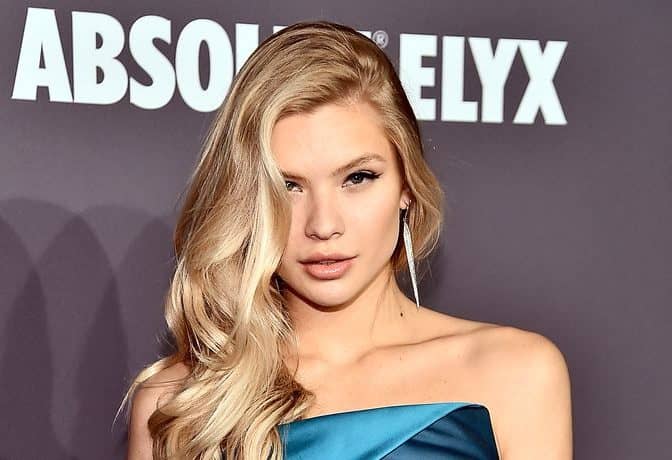 An American model Josie Canseco is the only daughter of former ‘Major League Baseball’ (MLB) player Jose Canseco and former model Jessica Canseco. She inherited her modeling skills from her mother, who was a prominent figure in the fashion industry back then.

It became quite obvious for Josie to develop an interest in modeling. While in her adolescence she began posing for brands and later moved to New York to turn her passion into a profession.

Apart from being a model, she is a prolific dancer, too. She has also made her appearance in a couple of reality shows with her mother. She started her modeling project when she was featured as the ‘Playboy Playmate of the Month’ and later became a ‘Victoria’s, Secret Angel.’

She has an hourglass body type with a figure measurement is 34 inches breast, 23 inches waist, and 35 inches hips approximately. She will turn 26 years old. Her bra size is 33B whereas her dress size is 6 and her shoe size is 8 (US).

According to the sources, Josie Canseco’s estimated net worth is $500,000 US dollars approximately.

She has had a dysfunctional family as her father had several criminal charges against him. Off the field, he was being recognized as a bad boy for being arrested under charges of rash driving, weapons possession, domestic violence against Jessica, physical altercations, probation violations, and steroid consumption.

In 1999, her parents got divorced. Even after so much happened, she has nothing against her father; she is rather proud of him. Her father helped her with financial insights when she first moved to New York.

At the age of 15, Josie Canseco started modeling. She became a good dancer by practicing dancing for 12 years, but always pursued it as a hobby and not as a career option. As a teen model, she has worked for brands such as ‘Kohl’s’ and ‘Hollister.’

She got an opportunity for a modeling photoshoot, which has helped her work with several modeling agencies. After completing her schooling, she moved to New York and made her modeling debut. At the age of 17, she signed a contract with ‘Next Models.’ In New York, she got her first modeling job from ‘Love Magazine.’

Later, along with her mother she then appeared on ‘VH1’ reality ‘Hollywood Exes,’ In 2014, she was featured in the second season of the ‘YouTube’ series ‘Summer Break.’ The following year, she also appeared in the music video ‘Kygo: Here for You,’ which also featured Ella Henderson.

In 2016, she gave an auditioned for ‘Sports Illustrated’ swimsuit issue. In the same year, she also became the ‘Playboy Playmate of the Month’. She again appeared with her mother on a reality show ‘The Mother/Daughter Experiment: Celebrity Edition,’ a ‘Lifetime’ reality show featuring six famous mother-daughter duos mending their broken relationships through therapy. In June 2017, she walked at the ‘Moschino’ resort runway show.

Here we are providing you the list of Josie Canseco favorite things. Some Interesting Facts About Josie Canseco