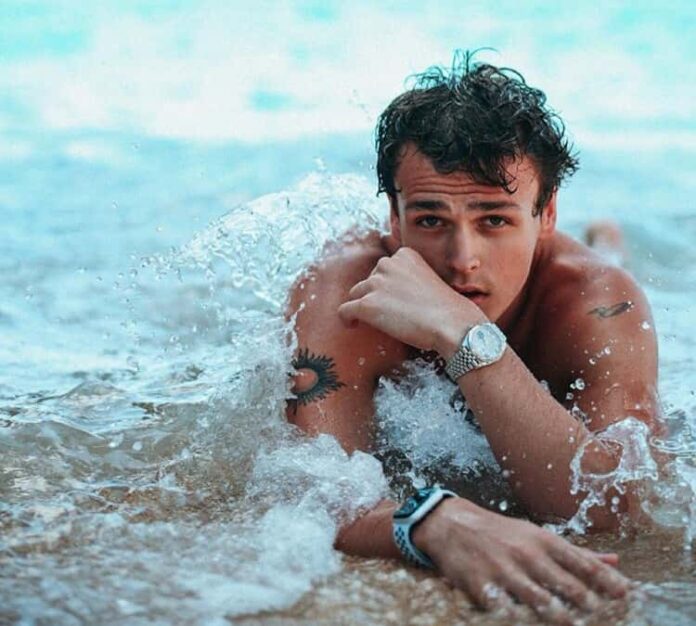 The stars have found a new way to build the relationship between celebrities and their fans. With the advent of social media, they are connected to their fans in ways never conceived before. To their fans, they are not just someone to look up to or influencer but a friend to whom they can turn in their hour of need.

Jonah Marais is the example of one such personality who loves to stay connected to his fans. He is the Minnesota born singer-songwriter who has burst into the music scene only a few years ago, but he is gradually building up his own brand.

He started his music career from doing covers of popular songs in the early years and gradually moving towards singing originals, he is maturing as a musician. Jonah is following the same path that Justin Bieber took before him and he is inspired by the work of Justin. Rome wasn’t built in a day, and for that matter, whether it is Bieber or Marais.

Jonah Marais has an impressive height of 186 cm or 6’1” feet inches whereas he weighs 70 kg and 154 lbs. In June, he turned 24 years old. He has a sharp blue color set of eyes and dark brown spooky and curly hair.

According to the sources, Jonah Marais’s estimated net worth is $350K US dollars approximately.

Jonah Marais was born to Tim Frantzich who was a teacher and musician and Carrie Frantzich. He has a brother Zebulon and sisters Esther Grace and Svea Frantzich. He decided not to use his real last name as it was difficult to pronounce and only quite a few of his fans managed to find his home address online.

He attended Stonebridge Elementary School which he had to leave school to pursue his music career. After leaving school he does miss his friends and he has admitted that they “don’t really get what he’s doing.”

His mother wishes that he would attend college but he is busy building a career in the music industry. He has been attending a poetry festival and music festival to enhance his skills.

Jonah Marais began his music career from You Now, which is the live broadcasting service, where the content he put out helped him develop a loyal, if small, following. In 2014, he had met Chad Grier, father of Nash and Hayes Grier, at a ‘Meet and Greet Convention’ which was conducted for selected social media celebrities.

He was signed by Grier signed for ‘26’, which was a management company. He also became a part of ‘DigiTour’ alongside Hayes and five other social media sensations where they traveled across America, singing, performing, and meeting fans from cities, such as Los Angeles, Memphis, and Dallas.

He spoke to ‘Buzzfeed’s Ellen Cushing where he shared the entire experience about his tour.  Since that day he is now much more comfortable with his popularity. In 2015, he released his first single ‘I Meant It’ and has gained a 4.9-star rating on iTunes. Later, he came up with ‘Night Changes’ (2015), and ‘Next Ex-Girlfriend’ (2016).

In 2016, he released his first EP, ‘When the Daylight’s Gone’ came out and earned a full 5-star rating on iTunes. Today he has 132.3K fans on YouNow, and 321K and 155K followers on Instagram and Twitter respectively.

Here we are providing you the list of Jonah Marais’s favorite things. Some Interesting Facts About Jonah Marais