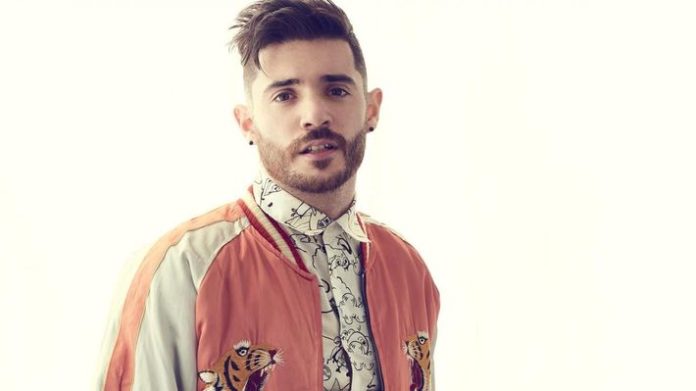 An American rapper Jon Bellion is best known for his single, ‘All Time Low.’ This famous singer and songwriter were interested in basketball as well as music since childhood. In the end he chose music and joined a music program in college, but didn’t complete it. He was born as Jonathon David Bellion on December 26, 1990.

To date he released four mixtapes – ‘Scattered Thoughts Vol. 1,’ ‘Translation Through Speakers,’ ‘The Separation,’ and ‘The definition.’ While working with Rihanna and Eminem, he received his major breakthrough as he gained recognition when he wrote the chorus for the song ‘The Monster,’ featuring Eminem and Rihanna.

Later on the song went on to win a ‘Grammy Award for Best Rap/Sung Collaboration.’ His first studio album, ‘The Human Condition,’ debuted at number 5 on the ‘US Billboard 200’ charts. He has enlisted a number of accomplishments which includes his successful, sold-out tours, like ‘The Beautiful Mind Tour,’ ‘The Definition Tour,’ and ‘The Human Condition Tours.’

The weight of Jon Bellion is 70 kg and 154 lbs in pounds. He stands with an impressive height of 175 cm or 5’9” in feet inches. He has a melodious voice with handsome features and attractive looks. His body measurement is as follows 40 inches chest, 32 inches waist, and 35 inches hips whereas 12 inches biceps. His hair color is spiky brown and has sharp black eye color. He turned 28 years old, in December 2019.

Jon Bellion’s estimated net worth is $4 million US Dollars approximately.

Jon Bellion was born in Lake Grove, New York, US to the parents of Italian descent. He has brothers and sisters but their information is not revealed. During school years, he played basketball but by junior high year, his interest shifted to music.

Once he discovered his interest in music he began writing songs on his brother’s keyboard. After completing high school, he was enrolled in ‘Five Towns College’ in Dix Hills, New York, for a music program. But he did not complete his studies and gave up at the age of 19.

Instead of attending college, he decided to learn from experience than by remaining confined to a system. He got an opportunity to work under Warner Bros’ songwriter and A&R executive Kara DioGuardi which helped him write songs for different artists in rock and hip-hop genres.

Jon commenced his music career releasing his first mixtape, ‘Scattered Thoughts Vol. 1,’ through his Facebook page. He wrote, composed, and produced the mixtape all by himself. In 2012, he signed the contract with ‘Visionary Music Group,’ and released a cover version of Drake’s ‘The Motto,’ on their ‘YouTube’ channel.

He became co-writer and producer of Jason Derulo’s song, ‘Trumpets.’ In October 2014, Jon commenced on his first national tour which was called ‘The Beautiful Mind Tour.’ The created his band and named it ‘Beautiful Mind’ and all the nine bandmates are his friends from his college.

He made his documentary ‘Beautiful Mind,’ which was made to express his affection for his bandmates. In 2015, he was featured in an EDM song ‘Beautiful Now’ by Zedd from his album, ‘True Colors,’ In 2016, he brought a transformation by releasing out acoustic versions of his several songs, including ‘All Time Low,’ and ‘Human.’ He earned the title of Elvis Duran’s ‘Artist of the Month’ in June 2017.

Here is the list of Jon Bellion’s favorite things. Some Interesting Facts About Jon Bellion