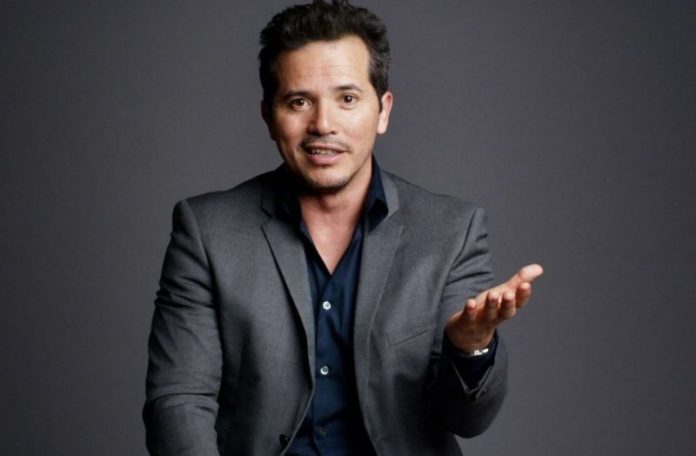 There are no secrets to success. It is the result of preparation, hard work, and learning from failure and this line is very well proved by ‘John Leguizamo’ who is one of the popular actors in Hollywood. Despite being an actor, he is a well-known stand-up comedian, filmmaker and playwright, and screenwriter.

He is well recognized for lending his voice in a computer-animated film series, Ice Age. Initially, he performed stand-up comedy shows in New York and made his small screen debut in 1986.

He is famous for one-man stage shows and his appearance in over 75 films produced over 10 films. For his marvelous performance, he received a Golden Globe nomination for Best Supporting Actor in the film ‘To Wong Foo, Thanks for Everything! Julie Newmar’.

He seems attractive with his dark brown eyes and black hair. His body measures 40 inches chest, 31 inches waist and his biceps size is 14 inches approximately.

He accumulated his net worth through acting on stage, screen, and television and has a net worth of $ 25 million.

As for his education, he completed his schooling at Joseph Pulitzer Middle School and Murry Bergtraum High School. After that, he enrolled at Long Island University to pursue his higher studies. He undergraduates from Tisch School of the Arts in his theatre after completing school but he left it to pursue a career in standup comedy.

As of his career, he started his career in 1984 as a stand-up comedian in New York nightclubs and made his television debut in 1986 in ‘Miami Vice’. John wrote and performed seven different characters in the play ‘Mambo Mouth’ in 1991. He played John Castillo in the film ‘Whispers in the Dark’ in 1992.

In 1993, he appeared in the lead role in the film ‘Super Mario Bros’ and played an important role as “Benny Blanco from the Bronx,” in the film ‘Carlito’s Way’ in the same year. He again wrote and performed in the play ‘Spic-O-Rama’ in 1993.

In 1995, he created, produced, wrote, and performed in the television variety show ‘House of Buggin’ but the show was concluded even before the completion of the first season due to poor ratings. In 1998, he worked on Broadway for the first time when he acted in ‘Freak’, the semi-autobiographical one-person play.

In 2001, he released a CD compilation of his stage routines named ‘John Leguizamo LIVE’. He wrote and acted in ‘Sexaholix… A Love Story’ in 2002. He was cast in the television show ‘ER’ in 2005-2006 in which he portrayed the emotionally disturbed Dr. Victor Clemente. In 2006, his memoir, ‘Pimps, Hos, Playa Hatas and All the Rest of My Hollywood Friends: My Life’, was released.

He appeared in the Spike TV drama series ‘The Kill Point’ in 2007. In June 2010, his semi-autobiographical one-man play, ‘Klass Klown’ was premiered. This show was played at various theaters and a CD of the show was also released. He appeared as a guest in the TV series ‘The Electric Company’ in the same year.

He started filming ‘The Crash’ in 2013 but this film was released in 2017. He appeared in the film ‘Chef’ in 2014 as well as played the role of a drug dealer in the movie ‘American Ultra’. In October 2015, a novel of his own Broadway show, ‘Ghetto Klown’ was published by Abrams ComicArts.

He revealed his singing talent when he sang on ‘Almost Like Praying’ in 2017 and the revenues from the song went to the Hispanic Federation which send relief to people affected by hurricanes. He also performed in a show, ‘Latin History for Morons’ in the same year. In 2018, he received Smithsonian Magazine’s 2018 American Ingenuity Award.

Reflecting on his personal life, he is a married man who tied the marriage knot with Justine Maurer with whom he met in Carlito’s Way. They both got married on June 8, 2003. The couple was blessed with a son Ryder Lee “Lucas” Leguizamo and a daughter Allegra sky Leguizamo. Some Interesting Facts About John Leguizamo