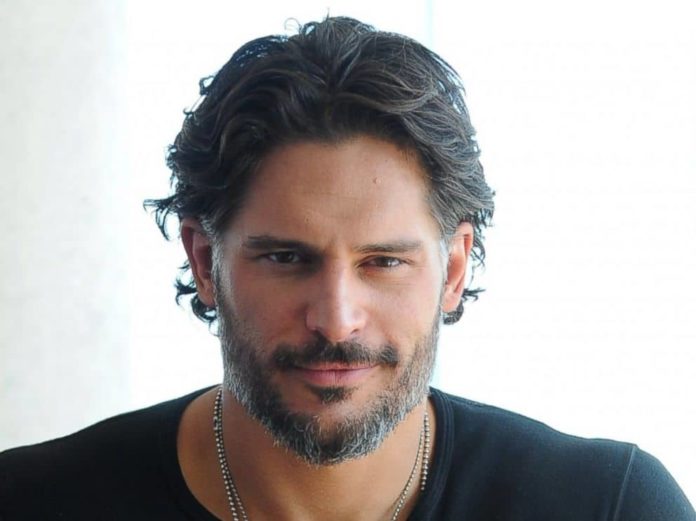 There are no secrets to success. It is the result of preparation, hard work, and learning from failure and this line is very well proved by ‘Joe Manganiello’ is an American actor who is famous for his acting in “True Blood” TV Series and movies like Spider-Man role of Flash Thompsom. Despite being a good actor, he also produced and directed, movies and TV series such as “La Bare” in 2014.

Apart from all this, he is also an excellent writer who wrote a book named “Evolution”. He won lots of titles such as “Sexiest Men Alive”, one of the world’s 25 Fitness guys of 2011, and “Cause You’re Hot”. Joe is also known for his body fitness as well as he is also active with several charities.

Joe was born and raised up in Pittsburgh, Pennsylvania, USA and belongs to white Caucasian ethnicity. He is born to his father Charles John Manganiello and his mother Susan Manganiello. He also has a caring brother named Nicholas Manganiello.

Joe’s great-grandmother was a survivor of the Armenian Genocide and her eight children drowned during the escape. As of his education, he completed his schooling at Mt. Lebanon High School in Pittsburgh, Pennsylvania, and further passed a Bachelor of Fine Arts Degree in Drama from Carnegie Mellon University.

He signed with a Talent Agent (A person who finds jobs for actors, authors, film directors, musicians) as soon as he moved to Los Angeles and California. He auditioned for the role of Peter Parker in the Sam Raimi-directed film Spider-Man after three days of Signing with a Talent Agent and got the role of Eugene” Flash” Thompson in the movie.

After that, he continuously reprised the role for several years and made his brief cameo at the end of Spider-Man 3. He also appeared in some hit movies such as “True Blood” (2010-2014)”, “Justice League”, and Magic like XXL. For his performances, he received big-screen awards; Saturn Award, and many other awards.

Apart from acting, he also writes books as well as published his first book “Evolution” in 2013. After only five days of release, he was forced to print the second edition. In 2014, he along with his brother and producing partner Nick Manganiello released the independent documentary movie “La Bare”.

This movie was based on a male strip club in Dallas, Texas, and went to crack the top ten iTunes documentaries on VOD (Video on Demand). Due to his health issues, he had to drop out of his role in the upcoming History Channel show “Six” as well as “True Blood” alum had to pull out due to his physical demand for the role and his health issues.

Reflecting on his personal life, he is a married man who tied the married knot with beautiful Sofia Margarita Vergara on November 21, 2015. Before this, he also dated Audra Marie as well as got engaged with her in October 2010 but later called off their engagement.

Here we are providing you the favorite things of Joe Manganiello: Some Interesting Facts About Joe Manganiello