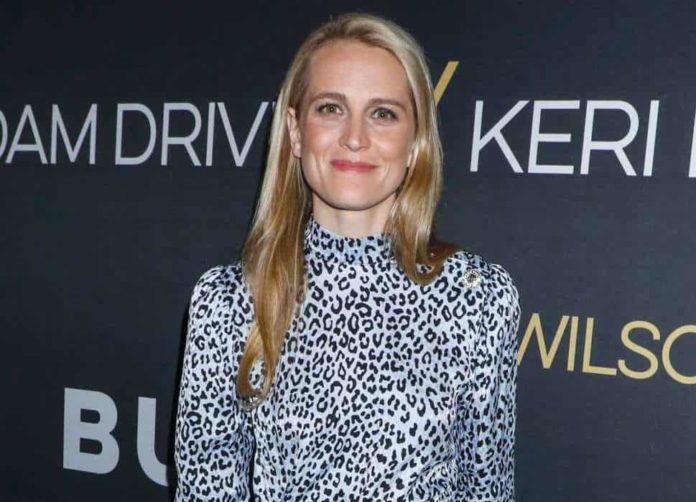 Best known for her performances in TV series such as ‘Billions’ and in films such as ‘Gayby’ and ‘Listen Up Philip’, Joanne Tucker is an American film, TV, and stage actor. She is also known as the wife of ‘Academy Award’-nominated American actor Adam Driver, who is well-known in the’ Star Wars’ sequel trilogy for portraying Kylo Ren, the main antagonist.

After completing college, Joanne forayed into acting and debuted in the romantic drama short film ‘Loft’ with the starring role of ‘Lindsay.’ Following this, she starred in numerous big-screen productions, such as ‘Listen up Philip,’ ‘Gayby,’ and ‘The Report.’

She also starred in the ‘Billions’ and ‘Girls’ TV series. Working with the ‘Classic Stage Company,’ the ‘Rattlestick Playwrights Theatre,’  ‘MOCA,’ and the ‘Cincinnati Playhouse,’ Joanne also made her mark on stage.

Born on the 26th of June 1982 Joanne Tucker is currently 38 years old. Although she is not much taller, she has a slim and a well-maintained body figure which measures 35-27-36. Her height is 5 feet 6 inches while her weight is 55 kg approximately. She has hazel colored eyes and the color of her hair is blonde.

Joanne Tucker has been a well-known actress in the entertainment industry and has worked as a director as well as a screenwriter. As she has been part of multiple popular movies and theatre plays she has earned a lot of wealth through it. The total net worth estimated for Joanne Tucker is $500 thousand US dollars as of now.

The native of New York Joanne Tucker was born and raised in Brooklyn, New York, USA. Joanne has not revealed the name of her siblings and parents but it is known that she has one sister. Tucker has studied at Private Elite High School Dalton and later attended The Juilliard School as well as Liberal Arts Bard College in New York.

After graduating with a Bachelor’s degree in acting, Joanne Tucker began her journey as an actress. She made her debut in the 2011 romantic drama short film ‘Loft,’ directed by Elizabeth Wood, with the lead role of ‘Lindsay’.

In the Jonathan Lisecki-directed American romantic comedy ‘Gayby,’ she played the role of ‘Valerie,’ the antagonistic co-worker of ‘Jenn’ (portrayed by Jenn Harris). The film was released on March 12, 2012, and also starred Joanne’s then-boyfriend, Adam Driver, in the role of ‘Neil.’

Joanne also performs with the ‘Classic Stage Company,’ and the ‘Cincinnati Playhouse.’ The critically acclaimed 2016 American documentary movie ‘Zero Days,’ directed by Alex Gibney, was one of her most notable projects.

At the 66th Berlin International Film Festival, the documentary was selected to compete for the ‘Golden Bear’ and was among the 15 shortlisted films nominated for the ‘Academy Award’ for ‘Best Feature Documentary.’ However, it ultimately struggled to earn an ‘Academy Award’ nomination.

Married to Adam Douglas Driver the couple has a son.

Here we provide you the list of Joanne Tucker’s favorite things. 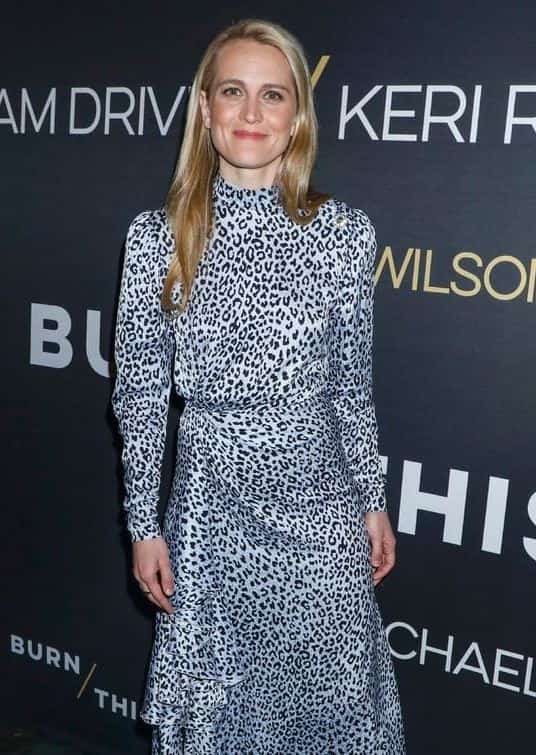 Some Interesting Facts About Joanne Tucker