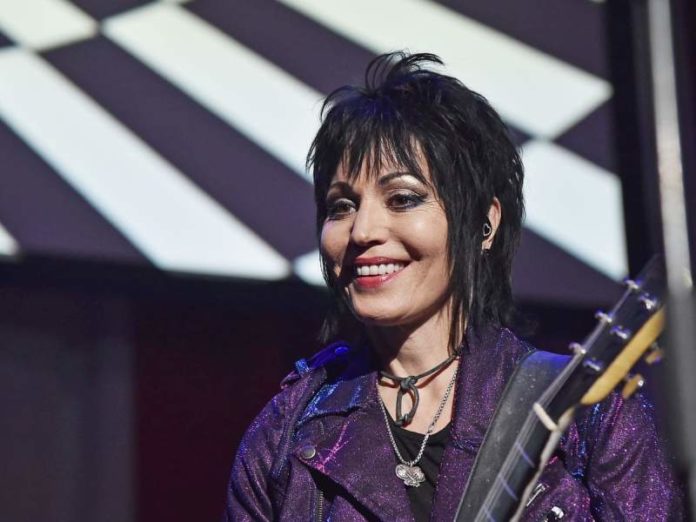 With ordinary talent and extraordinary perseverance, all things are attainable, this line is very well proved by Joan Jett who is an American rock singer, songwriter, composer, musician, record producer, and actress.

Moreover, she is prominently known as the frontwoman of her band ‘Joan Jett & the Blackhearts’. Apart from that, she is also considered The Queen of Rock ‘n’ Roll, The Godmother of Punk, and The Original Riot Grrrl.

Born on 22 September 1958, this renowned personality has turned 64 years old. This lady has a good height of 165 Centimetres and is 5’5” in Feet & Inches. Her light brown eyes and shiny black hair enhance her beauty.

Joan has achieved a handsome amount of net worth through her music career. According to the sources, her estimated net worth is $10 million approximately.

Born and growing up in Wynnewood, Pennsylvania, USA, Joan belongs to mixed ethnicity. She was born to James Francis Larkin (father) who was an insurance agent and Dorothy Jett Larkin (mother) who worked as a secretary.

Apart from that, she is the eldest of three children in her family. She grew up with two siblings named James Albert Larkin (brother) and Anne Elizabeth Larkin (mother). As for her education, she completed her schooling at Randolph Junior High school. Joan further studied at Wheaton High School.

Furthermore, in 1977 the band also released its sophomore effort, the album ‘Queens of Noise’. In 1979, Jett was in England where she met Paul Cook and Steve Jones, former members of the groundbreaking rock band ‘Sex Pistols. She recorded three songs there with them.

Later in the year 1981, after her collaboration with Kenny,’ Joan Jett & the Blackhearts’ came into the existence and Joan’s debut album was re-released as ‘Bad Reputation’. the band released another superhit album, ‘I Love Rock ‘n’ Roll’ in early 1982.

Furthermore, Joan and Laguna released Flashback, a compilation of various songs on their own Blackheart Records in 1993. Apart from that, she also made her acting debut in 1987, co-starring with Gena Rowlands and Michael J. Fox in the film ‘Light of Day’.

Moreover, she also made her appearance on the sitcom Ellen, in the episode “Hello Muddah, Hello Faddah”, performing the title song in 1997. Later, she also featured in various movies and TV series like Repo! The Genetic Opera, By Hook or by Crook, Big Driver, etc.

In the year 2004, she narrated a short film, Godly Boyish, about two teenagers who share suicidal fantasies. Later in the year 2013, She released her album, titled ‘Unvarnished’, which has been her last album to date.

At present Joan is single. Although she is not married, she had been dated various personalities including Stephanie Adams (2003), Chuck Zito (2001), Pleasant Gehman (1977), Kira Roessler, and Lisa Curland. Apart from that, she was rumored to have hooked up with Carmen Electra (2006 – 2007).

Here we are providing the list of favorites of Joan Jett: 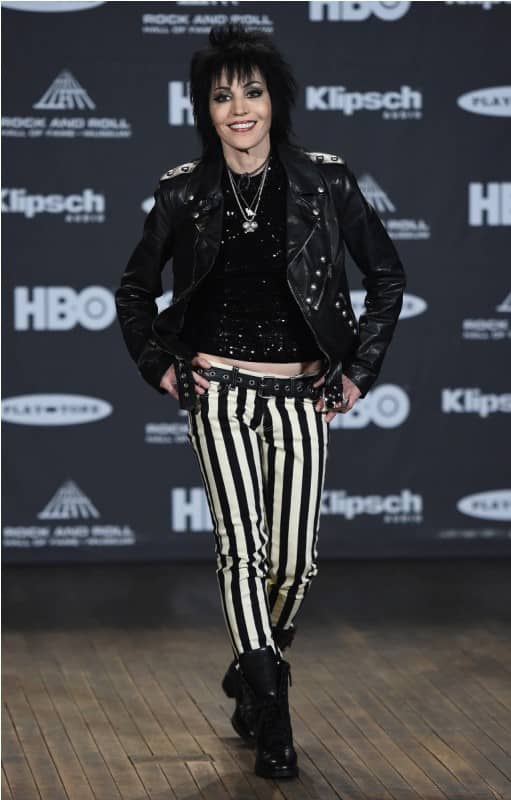 Some Interesting Facts About Joan Jett