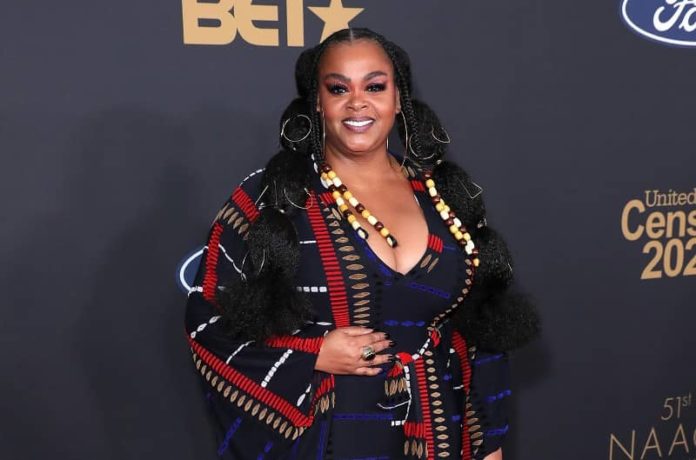 She managed to win 3 Grammy Awards for her hit singles, “Cross My Mind”, “Daydreamin” and “God Bless the Child” within her 2 decade-long careers. Despite being a good singer, she is also a great actor who made her film debut in 2007 in Hounddog on the advice of her good friend, director Ozzie Jones.

Her body is complemented by her beautiful brown eyes and her silky long brown hair. Her figure measurements are 40 inches breast, 30 inches waist, and 35 inches hips.

She has quite good earnings from her professional career as an actress and has managed to amass a healthy fortune of around $14 million.

Jill was born and raised up in Philadelphia, Pennsylvania, United States, and belongs to the African-American ethnicity. She is born to her mother Joyce Scott while there is no information available with regards to her father and siblings.

As for her education, she completed her schooling at Philadelphia High School for Girls, and later she joined Temple University to pursue her higher studies.

As of her career, she debuted as an artist /singer of “You Got Me” during a Roots live show. As its first artist, she was signed to ‘Hidden Beach Recordings’ label. On July 18, 2000, her debut album, “Who Is Jill Scott Words and Sounds Vol. 1” and its hit single, “A Long Walk” “Cross My Mind” was released.

Her live album, “Experience: Jill Scott 826+” was released on November 20, 2001, which was followed by her second full-length album, “Beautifully Human: Words and Sounds Vol. 2” in 2004.  She was featured on the George Benson and Al Jarreau collaboration single “God Bless The Child” in 2007.

She won a 2008 Grammy for Best Urban/Alternative Performance for featuring in hip hop artist Lupe Fiasco’s single “Daydreaming”. On September 25, 2007, her third studio album titled “The Real Thing: Words and Sounds Vol. 3” was released. In 2007, she made her first feature film appearance in the film “Hounddog”.

She appeared as Precious Ramotswe in “The No. 1 Ladies’ Detective Agency” in 2008. His second live album, “Live in Paris+”, consisting of 8 songs was released on February 7, 2008. She was sued by Hidden Beach Records in 2010 for leaving halfway through her six-album contract.

After that, she took a break of four years and released her fourth studio album titled “The LIght of the Sun”. To expand her concert touring, she signed a multi-tour deal with Live Nation. Her fifth album, “Woman” was released on July 24, 2015, which is the first album she has released on Atlantic Records. Moreover, she was featured on “The Hamilton Mixtape” in 2016.

Reflecting on her personal life, she got married twice in her life. She tied the marriage knot for the first time with her long-time boyfriend, Lyzel Williams, a graphic artist, and DJ. But after 6 years of marriage, the couple parted ways and took divorce in 2007. After that, she dated drummer Li’l John Roberts with whom she shared a long on-stage kiss during a concert.

She welcomed a son named Jett Hamilton Roberts with Li’l John Roberts. Later, the couple parted ways. She got married to her second husband, Mike Dobson in 2016 in a private ceremony. She filed for divorce from Dobson just after 15 months of marriage in 2017.

Here we are providing you the favorite things of Jill Scott: Some Interesting Facts About Jill Scott