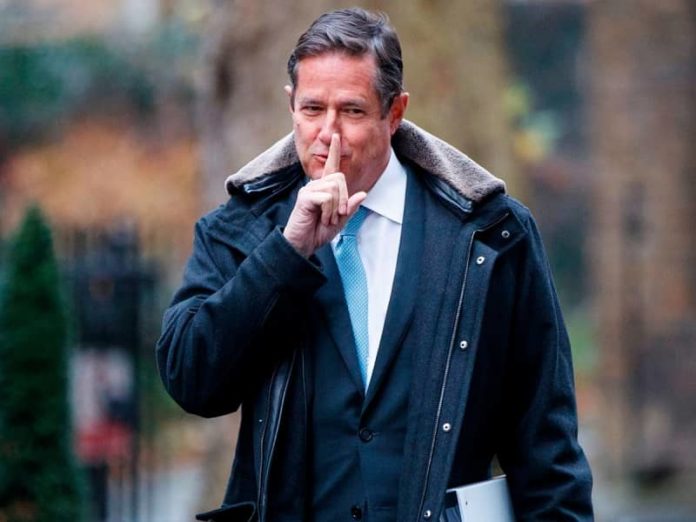 A good bank executive creates a vision, articulates the vision, and relentlessly drives it to completion and Jes Staley is one of those personalities who have done this task very well. He is an American banker who is best known as the former group chief executive (CEO) of Barclays.

Recently, Staley hit the headlines in November 2021 when he resigned amid a regulatory probe into whether he mischaracterized his relationship with the financier and sex offender Jeffrey Epstein.

He maintains himself very fit and healthy with a weight of 70 in kilograms and 154 lbs in pounds. Moreover, he is very conscious about his physique and follows a regular and healthy diet in order to keep himself fit as a fiddle.

This eminent man, Jes Staley earns a very decent amount of money through his professional career as a banker and the chief executive (CEO) of Barclays. Having started his career with Morgan Guaranty Trust Co., he has managed to come a long way up becoming one of the richest bankers in the world.

Born and growing up in Boston, Massachusetts, United States, Jes belongs to the White ethnicity. Moreover, he grew up alongside his brother, Peter Staley, who is a political activist well-known for his works in HIV/AIDS activism.

His father, Paul R. Staley served as the president as well as CEO of PQ Corporation, and his grandfather, Edward Staley was the top executive of W.T. Grant when the company filed for bankruptcy in the year 1976.

As of Staley’s education, he enrolled at the local school and was good in academics. Later, he was admitted to Bowdoin College graduating earning a degree in economics.

Moving towards his career, Jes took the first step towards his career in the year 1979, soon after his graduation, joining the Morgan Guaranty Trust Co. of New York. Then, he worked as head of corporate finance for Brazil and general manager of the company’s Brazilian brokerage firm from 1980 to 1989.

After that, in the early 1990s, he eventually became one of the founding members of J.P. Morgan’s equities business. Later, Staley ran the Equity Capital Market and Syndicate groups. Furthermore, in the year 1999, he became head of J.P. Morgan’s Private Banking division.

Thereafter, Jes was promoted to become the CEO of J.P. Morgan Asset Management which ran the division until 2009. Besides this, he was promoted to Chief Executive of the Investment Bank in the year 2009.

Apart from that, in the year 2013, he left J.P. Morgan after more than 30 years of his service in order to join the BlueMountain Capital as a managing partner. Other than this, in May 2015, he was elected to the board of directors of the Swiss global financial services company UBS. In fact, he became group chief executive of Barclays on December 1, 2015.

This eminent personality also serves on the boards of the Institute of International Finance, United States-China Business Council. In addition to this, Jes also became a member of the advisory board of the American Museum of Natural History. Recently, he stood down as CEO of Barclays and was succeeded by C. S. Venkatakrishnan on November 1, 2021.

Talking about his relationship status, Jes is a married man and has been married just once to date. He tied the sacred knot of marriage with his beautiful wife, Debbie Staley who is an American expert inside plan master and fills in as the leader leading group of her firm called “Debora Staley Interiors Inc.”.

Moreover, the duo first met with each other while Jes started to work in South America. This lovely couple is also blessed with two daughters and currently reside on Park Avenue, New York City, and Southampton, New York.

Here we are providing the list of favorites of Jes Staley: Some Interesting Facts About Jes Staley