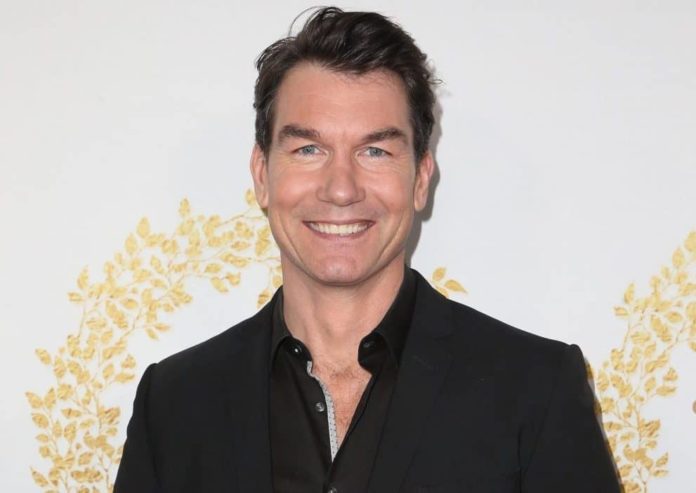 It is very well said that Success is primarily an outcome of the effort one puts in the form of hard work, dedication, and skill, this line has been very well proved by Jeremiah O’Connell who is an American actor, director, and television presenter.

Recently, he came into the spotlight in July 2021 when CBS announced that O’Connell would be joining The Talk as a permanent co-host, replacing Sharon Osbourne.

Born on 17 February 1974, this handsome actor has turned 48 years old. He seems enough tall with his height which is 188 centimeters and 6’2” in feet & inches. He seems very fit and healthy with a weight of 84 kilograms and 185 lbs in pounds.

This hard-working personality, Jerry has gathered a very handsome amount of net worth through his profession in the field of the entertainment industry. According to the sources, his estimated net worth is $20 million approximately.

Born and grew up in Manhattan, New York City, the United States, Jerry belongs to a mixed ethnicity including Irish, Italian, and Polish. He is the loving and talented son of Michael O’Connell (Father) and Linda O’Connell (Mother).

His mother was an art teacher while his father was an advertising agency art director. Moreover, he grew up with his brother named Charlie O’Connell. Talking about his education, Jerry studied at Professional Children’s School in Manhattan, New York City.

Later, he was admitted to New York University in 1991 and majored in film in 1995. Furthermore, he joined Southwestern Law School in the year 2009 in Los Angeles, California to be a lawyer, but later dropped out to return to fully commit to acting.

Moving towards his career, Jerry took the first step towards his career at an early age. In his childhood, he did commercial work for Duncan Hines cookies. Later, at the age of 11, he got his first feature film role as the character Vern Tessio in Rob Reiner’s Stand by Me. Thereafter in the year 1987, he got appeared in a commercial for Frosted Flakes.

Furthermore, O’Connell also got the opportunity to be appeared in the Canadian science fiction sitcom My Secret Identity from 1988 to 1991 as the teen hero. In the following year, he made his appearance in the short-lived ABC sitcom Camp Wilder in 1992. Moreover, this versatile personality also auditioned for the television pilot Sliders.

In fact, he was offered the role of Quinn Mallory in the series which ran for two seasons on the Syfy Channel and three seasons on Fox. Other than this, he has also worked as a producer during his fourth season and is credited with writing and directing several episodes.

Additionally, he tried his hand at screenwriting and in the year 1999 sold his first screenplay to New Regency which was released in 2004 by 20th Century Fox-based Davis Entertainment.

Apart from that, Jerry served as executive producer and received a “story by” credit on the film, which starred Michael Keaton and Katie Holmes. Later, he was cast as Detective Woody Hoyt on the NBC crime drama, Crossing Jordan in the year 2001 until its cancellation in May 2007.

Besides this, he also guest-starred in one episode of the animated series Justice League Unlimited in the year 2005. After that, O’Connell reprised the role of Captain Marvel in the DC Universe Animated Original Movies short film Superman/Shazam!: The Return of Black Adam.

Besides this, he also participated in a widely circulated Internet video parody of the leaked Tom Cruise video on Scientology in early 2008. After that, he got started with Jim Belushi in the CBS comedy-drama The Defenders in the year 2010 but it was canceled on May 15th, 2011 after one season.

Further, played as Stuart Strickland on We Are Men, alongside Tony Shalhoub in the year 2013. Thereafter, he made his come back to Broadway as a ghostwriter in the comedy Living on Love, with Anna Chlumsky, Renee Fleming, and Douglas Sills in the year 2015.

In addition to this, Jerry started hosting the American talk show named Jerry O’ in 2019. In the same year, he made his crucial appearance in the animated children’s television series, Where’s Waldo, which is based on the North American variation of the Where’s Wally?

Later, he got appeared in the Roundabout’s American Airlines Theatre’s Broadway revival of A Soldier’s Play as Captain Taylor in January 2020. In the same year, he starred in commercials for Bob Evans grocery items alongside Alfonso Ribeiro.

As for his relationship status, Jerry is a married man who got married to his long-term girlfriend, Rebecca Romijn. Moreover, this lovely couple started to date each other in the year 2004 and got engaged in 2005. Later, the duo tied the sacred knot of marriage on 14th July 2007 in a private ceremony at their home in Calabasas, California.

Furthermore, the pair was blessed with twin daughters named Dolly Rebecca Rose and Charlie Tamara Tulip O’Connell in 2008. As of now, this lovely couple is living a happy and blissful life with each other.

Here we are providing the list of favorites of Jerry O’Connell: 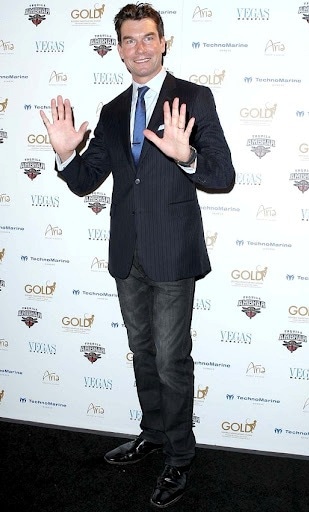 Some Interesting Facts About Jerry O’Connell