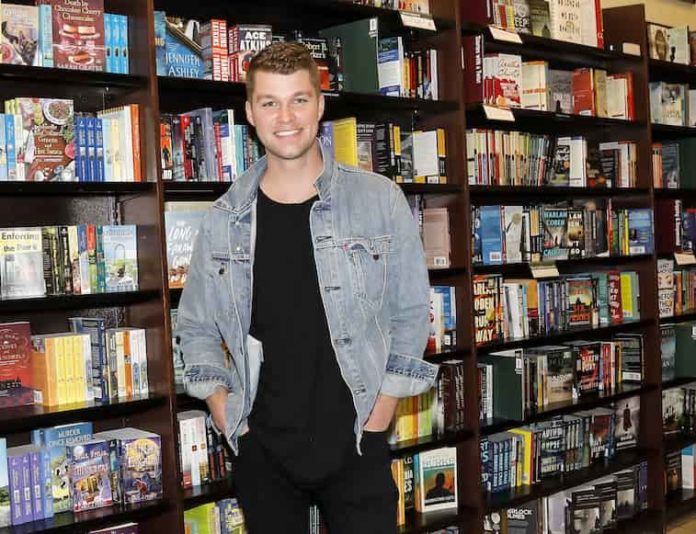 It is your determination and persistence that will make you a successful person, this line has been very well proved by Jeremy James Roloff popularly known as Jeremy Roloff who is an American reality television personality. Moreover, he gathered huge popularity as one of the Roloff family members cast on the television reality series, ‘Little People, Big World’.

This star, Jeremy earns a very decent amount of money through his professional career in the entertainment field. In fact, he has spent most of his life being featured on the reality television series, Little People Big World.

While working on the show, Roloff also earned an annual salary of $100,000. According to the sources, his estimated net worth is $300,000 approximately.

Born and growing up in Oregon in the United States, Jeremy belongs to the white ethnicity. He is the loving and caring son of Matthew ‘Matt’ Roloff (father) and Amy Roloff (mother). Moreover, Roloff grew up with his 3 siblings, Zach, Molly, and Jacob. His brother, Zach, and his parents, Matt and Amy have dwarfism.

Moving towards his career, Jeremy gathered the huge limelight by his appearance in the reality television series; Little people, Big world which is aired on the TLC TV network. Moreover, this outstanding show focused on Jeremy’s dwarf parents and the life of their children. This show has been on the air for 11 seasons now.

Later, in the year 2012, TLC announced a spin-off series, Little People Big World: Wedding Farm which was about Matt and Amy who jump-started their wedding business on the farm. Furthermore, in October 2013, Little People, Big World returned for the seventh season. The show has aired for 12 seasons as of 2018.

Thereafter, he along with his wife, run a website dedicated to improving Christian marriages. Besides this, the duo also runs a podcast together. In addition to this, this couple has been writing books as well. In April 2019, they released their book titled A Love Letter Life.

Talking about his relationship status, Jeremy is a married man who tied the sacred knot of marriage with Audrey Mirabella ‘Auj’ Botti in September 2014. Besides this, the couple was also blessed with a lovely daughter named Ember Jean, born in September 2017.

Later, In January 2020, they welcomed their cute son named, Bode. Recently, on Nov. 8, 2021, the pair is blessed with a son named Radley. Other than this, Roloff resides with his parents and siblings on the 36-acre Roloff Farms, located north of Hillsboro in Helvetia, Oregon. However, later, his parents got separated.

Here we are providing the list of favorites of Jeremy Roloff: Some Interesting Facts About Jeremy Roloff