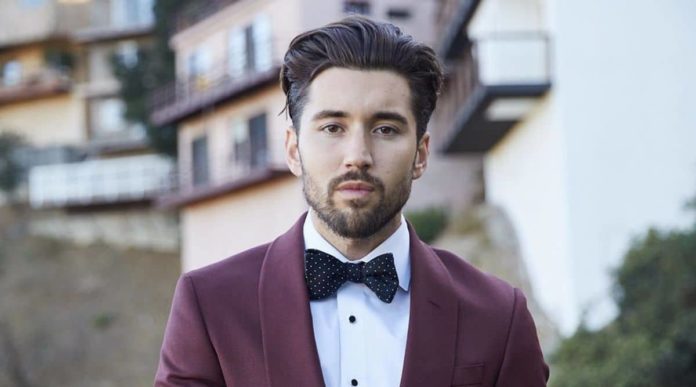 Jeff Wittek is a well-known American celebrity hairstylist and barber. Apart from hairstylist, he is also a talented actor who was starred in a short movie alongside his actress girlfriend, Cierra Ramirez. He is a famous social media personality as a Vine user who has collaborated with numerous notable names on the platform.

He routinely shares his hairstyle videos and vlogs on his channel on YouTube. He also has a million followers on Twitter and Instagram. He is a romantic person at heart, who loves to hang out with his sweetheart.

The weight of Jeff Wittek is 82 kg and 181 lbs in pounds. He stands with an impressive height of 185 cm or 6’1” in feet inches. He has extremely handsome features with a muscular physique. His hair color and eye color is dark brown.

He turned 30 years old, in December 2019. His body measurement is 42 inches chest, 32 inches waist, and 37 inches hips whereas his biceps size are 16 inches. He has a dashing and charming personality.

Jeff Wittek’s estimated net worth is $500,000 US Dollars approximately. He earns a handsome amount from sponsorship, paid content, collaborating with brands, etc.

Jeff Wittek started his career on social media with a Tumblr blog under the name ‘BehindTheCuts.’ Later, he created an account on Vine and started to post entertaining videos under the name ‘American Jeff.’

He got an opportunity to collaborate with a number of popular Viners including Christian DelGrosso, Rudy Mancuso, and Anwar Jibawi. In 2011, he created his self-titled account on YouTube and uploaded acting sessions, hairstyle videos, and personal life entries.

He launched a makeover video on YouTube titled ‘Homeless Man Makeover Amazing Transformation’ in which he gave an attractive makeover to a homeless man and won millions of hearts with his work and kind gesture.

He is also an actor by profession and appeared starred in a short movie titled ‘Declined Credit Card’ alongside his friend Anwar Jibawi. In 2017, along with his girlfriend Cierra Ramirez, he worked in the short movie ‘Petting Scorpions’.

For a long time, he is dating Cierra Ramirez who is an actress. She often gets featured with him in his vlog entries and other social media posts. On Jeff’s Instagram account, most of the posts are about his girlfriend and dog, Nerf.

Here is the list of Jeff Wittek’s favorite things. Some Interesting Facts About Jeff Wittek