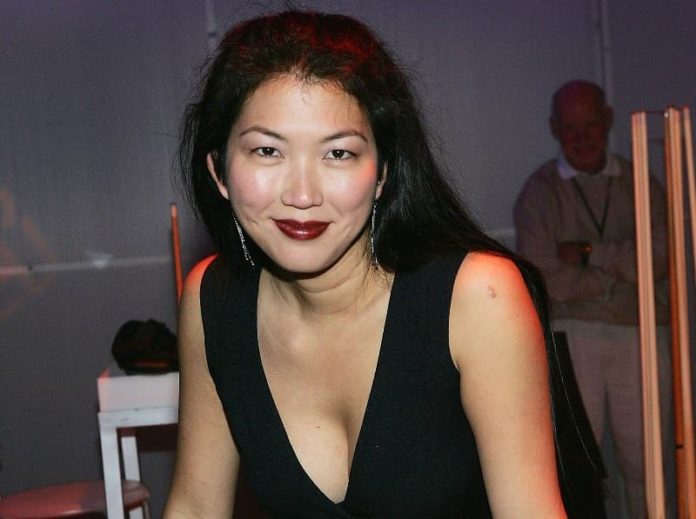 We have often seen the pool table surrounded by males, rarely has it is been seen that females holding the stick and aiming the ball. An American pool player Jeanette Lee is known to be the No.1 female pool player in the world.

Jeanette Lee is a well-known female pool player who has turned 51 years old. She is 173 cm or 5’8” inches tall whereas she weighs 58 kg and 128 lbs in pounds. She has a beautiful dark brown color eyes and short black hair color.

Her bra size is 32B and wears 8 (UK) shoe size. She has a slim body shape with the following measurement 33 inches breast, 26 inches waist, and 30 inches hips.

According to the sources, the estimated net worth of Jeanette Lee is $1 million USD approximately.

Born on July 9, 1971, the birth name of Jeanette Lee is Lee Jin-Hee. Though she is a native of Korea but was born and raised in Brooklyn, New York, USA. She did not mention any detail about her parents and early life yet.

She was a bright student in school and went to the prestigious Bronx High School of Science. Further, she attended college also to pursue a conventional career.

In 1989 during her teens, Jeanette Lee started playing pool and became professional in 1991. From 1993 to 1996, she was a runner-up in the women’s category at the World Nine-ball Championships. She was named the WPBA Player of the year in 1994.

She had received the Sportsperson of the Year Award from the Women’s Professional Billiard Association in 1998. At World Games in Akita, Japan 2001, she represented the USA and won the gold medal. She was the winner of the take-all Tournament of champions in 1999 and 2003 and received a cash prize of USD $25,000.

She lost a match against Efren Reyes at nine-ball in the Philippines. In 2013, she was introduced to the Billiard Congress of America Hall of Fame. She has also made a cameo appearance in the Disney film titled “The other sister”.

In 1996, Jeanette Lee got married to George Breedlove who was also a pool player. After few years, the couple got separated and solely raised her three daughters Chloe, Cheyenne, and Savannah. Some Interesting Facts About Jeanette Lee