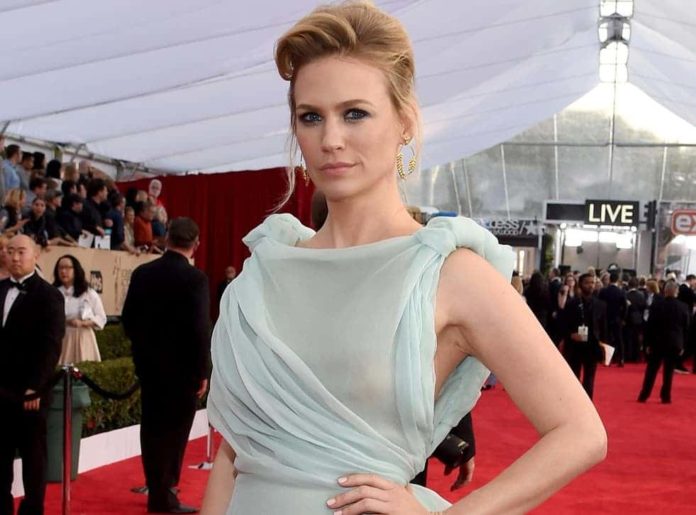 January Kristen Jones, professionally known as January Jones is an American actress and model who is better known for her appearance as Betty Draper in the AMC television drama series Mad Men for seven seasons. For the series, ‘Mad Men’ she received two Golden Globe nominations and one Emmy nomination for her marvelous performances.

She is listed as the 29th most desirable woman in the “Ask Men’s Top 99 Most Desirable Women” and 12th amongst the “Hottest 100” women in the Maxim magazine. She has won several hearts all around the world with her beauty and acting.

Her body is complemented by her beautiful blue eyes and her silky long blonde hair. Her figure measurements are 37 inches breast, 26 inches waist, and 36 inches hips. Her Bra Size is 34C.

According to the sources, the estimated net worth of January Jones is $10 Million approx.

January was born and raised up in Sioux Falls, South Dakota, USA and belongs to the White Caucasian ethnicity. She is born to her father Marvin Jones and her mother Karen Cox. She also has two sisters named Jacey Jones and Jina Jones.

She completed her schooling at Roosevelt High School. However, there is no information about her further educational qualifications.

After that, she appeared in supporting roles for many films like “Anger Management”, “American Wedding” and “Love Actually”. She appeared in the film “Dirty Dancing: Havana Nights” in 2004.

In addition to this, she appeared in many films such as “The Three Burials of Melquiades Estrada”, “Swedish Auto”, “We Are Marshall”, “The Boat That Rocked”, “X-Men: First Class”, “Seeking Justice”, “Sweetwater”, “Good Kill” and others. She also marked her appearance in many series such as “Huff”, “Mad Men”, “The Last Man on Earth”, “The Politician”, and “Spinning Out”.

Then, she dated Josh Groban for two-and-a-half years and split in 2006. In 2008, she linked with film producer Tommy Alastra. She was rumored dating Jeremy Piven in 2010. She was rumored to be dating Adrien Brody in 2010.

She began dating Jason Sudeikis in July 2010. Later, she began dating Noah Miller in August 2012. In 2015, she dated Will Forte. There was a rumor that she was dating Nick Viall in 2018.  Apart from that, she has a son named Xander Dane Jones. 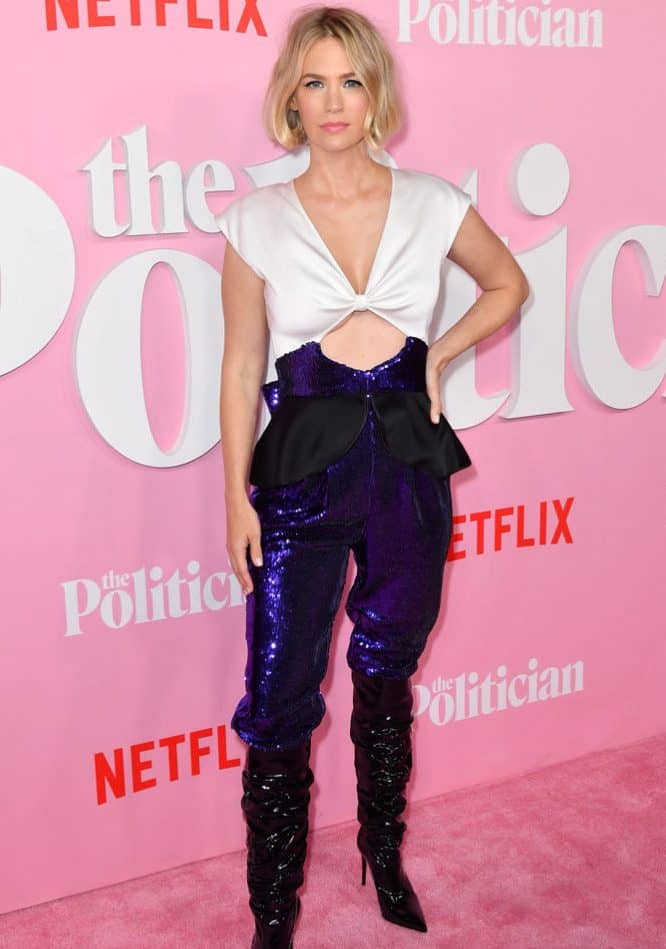 Some Interesting Facts About January Jones