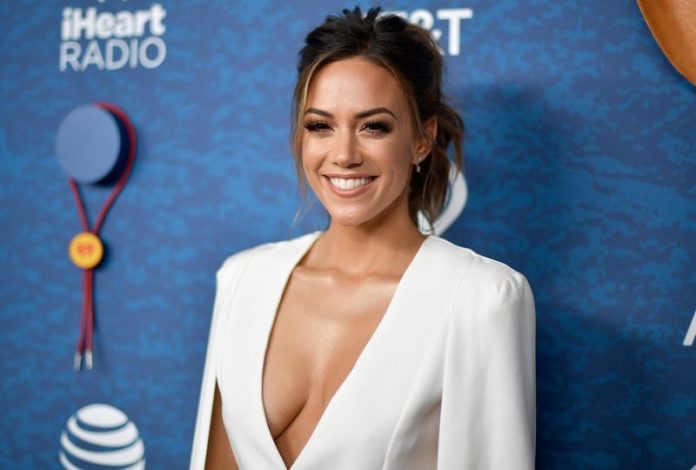 Hard work, determination, and persistence are the essential ingredients in the recipe of success, this line has been very well proved by ‘Jana Kramer’ who is an American country music singer and actress. She is born with the name of Jana Rae Kramer.

She is well recognized for her role as Alex Dupre on the television series, One Tree Hill. In 2012, she pursued her musical career and has released 2 albums, Jana Kramer, and Thirty One. For her tremendous performance, in 2013, she won ACM Top New Female Artist Award.

Born on 2 December 1983, this gorgeous diva has turned 37 years old in the year 2021. She is blessed with a good height of 163 in Centimetres and 5’4” in Feet & Inches. Her dark brown eyes and shiny dark brown hair enhance the charm of her beauty.

She is very conscious about her physique and follows a regular diet to keep herself fit with a weight of 52 kilograms and 115 lbs in pounds. Her figure measures 35 inches breast, 26 inches waist, and 34 inches hips. Her bra size is 32C while her shoe size is 8 (UK).

She earns a decent amount of money from her profession and her major income comes from working in the entertainment industry. According to the sources, her estimated net worth is $2 million approx.

Jana was born and raised up in Rochester Hills, Michigan, United States, and belongs to mixed ethnicity. She is born to her father Martin Kramer and her mother Nora Kramer. She also has a brother named Steve Kramer. As for her education, she attended Rochester Adams High School for her education.

In 2002, she made her debut in acting with a horror film, Dead/Undead. After that, she appeared in minor roles in films like Night, Heart of the Country, Country Crush, Spring Breakdown, Return of the Living Dead: Necropolis, Click, Approaching Midnight, Support the Girls among others.

Moreover, she was featured in many small roles such as Grey’s Anatomy, Private Practice, Entourage, CSI: NY, Can You Duet, and Dance Moms. She also appeared in films like Love at First Bark, Country Crush, and Christmas in Mississippi. In 2016, she competed on the 23rd season of Dancing with the Stars with dancer, Gleb Savchenko where they finished in 4th place.

In March 2012, she started pursuing her music career and did not appear regularly in the show’s ninth and final season. In February 2011, she signed a recording contract with Elektra Records and released her promo song, “I Won’t Give Up” which reached number 75 on the US Billboard Hot 100 chart.

In July 2013, she opened for Blake Shelton on his Ten Times Crazier Tour. In 2015, she released her second album, Thirty-One.

Reflecting on her personal life, she is a married woman who is currently married to American former football player, Mike Caussin. The couple has been blessed with a daughter named Jolie Rae Caussin, and a son named Jace Joseph Caussin. The couple got separated in 2016 but reconciled in 2017.

Here we are providing the list of favorites of Jana Kramer: Some Interesting Facts About Jana Kramer