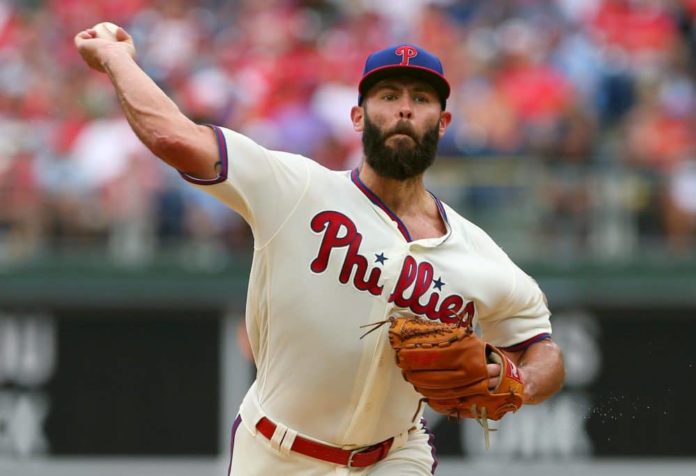 There are no secrets to success. It is the result of hard work, preparation, and learning from failure, this line is very well proved by Jake Arrieta who is an eminent American professional baseball player.

Moreover, he has accumulated huge popularity as an American baseball pitcher who plays for the Philadelphia Phillies of MLB league. In fact, this versatile personality is the winner of All-American pitcher of the year.

He is very conscious about his physique and maintains himself with a weight of 102 in kilograms and 227 lbs in pounds. His personality is enhanced by his dark brown eyes and shiny brown hair.

According to the sources, Jake’s estimated net worth is $10 million approximately.

Born in Farmington, Missouri, US, Jake belongs to the Puerto Rican ethnicity. He is the loving and caring son of Lou Arrieta(father) and Lynda Arrieta(mother). Apart from that, he has no siblings. As of his education, Jake completed his schooling at Plano East Senior High School.

Furthermore, he also enrolled at Weatherford Junior college though he got selected by the Cincinnati Reds in the 2004 draft. After that, he joined Texas Christian University and started playing for the TCU Horned Frogs baseball team.

In fact, he also played for the US national baseball team and helped the team to win the World University Baseball Championship in the year 2006.

Furthermore, on 10th June 2010, Jake made his major league debut with a win against New York Yankees. Other than this, he also became the second-youngest opening day starting pitcher for the Orioles. He was demoted to Triple-A on 6th July 2012.

Apart from that, he was sent down to Triple-A in the year 2013, and then he was traded to Lowa Clubs on 2nd July 2013 where he played 30 games for the club. Later, he was also voted 9th for the National League Cy Young Award.

Besides this, he became renowned as the first MLB pitcher to win 15 games in the 2015 season on 20th August 2015. Jake further became the no-hitter in Club’s history after he no-hit the Los Angeles Dodgers. On 5th February 2016, he signed a one-year contract with the Club on a deal of $10.7 million in salaries.

Additionally, this versatile player pitched his second career no-hitter and 15th no-hitter in Club’s history in the 2016 season and for the first time, his club won the World Series title 2016. Similarly, Jake signed a three-year contract with the Philadelphia Phillies for $75 million on 11th March 2018.

Unfortunately, at the start of the 2019 season, he became injured and had a bone spur and he might not play this season.

Jake is a married man who got married to Brittany Arrieta. Moreover, the couple tied the knot with each other on 10th December 2011. Later, the couple was also blessed with a son, Cooper, and a daughter, Palmer. As of now, Jake is living a happy and blissful life with his family.

Here we are providing the list of favorites of Jake Arrieta: 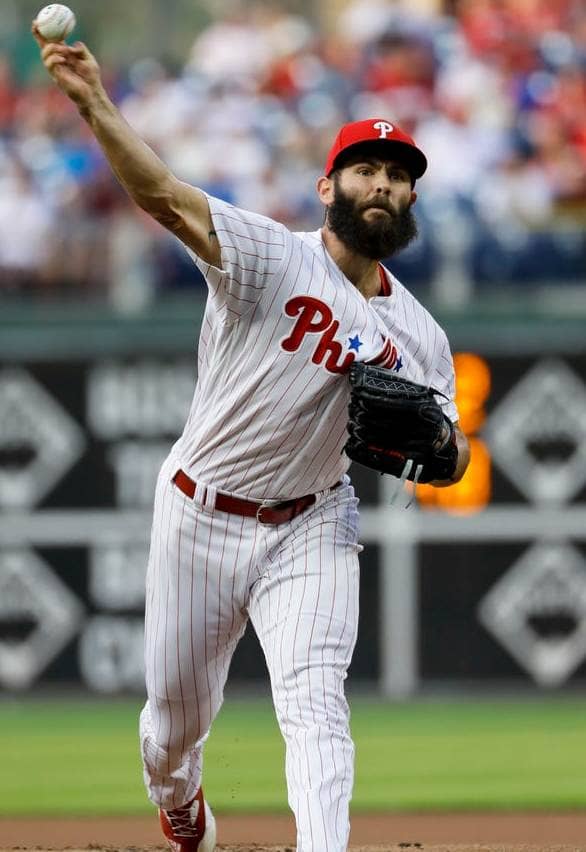 Some Interesting Facts About Jake Arrieta