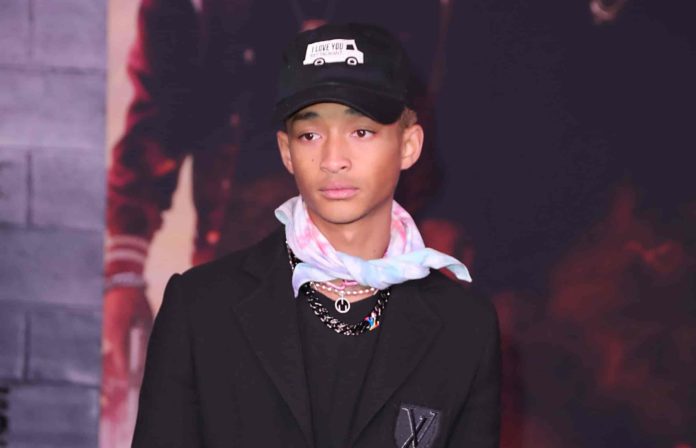 Stepping on his father’s footsteps, Jaden Smith has made a big name for himself in the Hollywood entertainment industry. American actor, rapper, singer, and songwriter Jaden started showing interest in movies in childhood and turned towards acting at a young age. Jaden Smith’s performance in most of his movies was well appreciated.

In 2017, he released his debut studio album ‘Syre’ after performing with popular singers like Justin Bieber. Jaden Smith is now proving his mettle as a talented artist after enjoying quick attention due to the fame of his father.

Born on 8 July 1998, Jaden Smith will turn 24 years old. He appears to be quite thin and has a slim but toned body. Jaden’s height measures 5 ft 8 in and his weight is 65 kg approximately. He appears to have ever changed his hairstyle as well as hair color which is originally Dark Brown. His eyes are of a Dark Brown color as well.

After the initial push by his father, Jaden has made a big name for himself in the entertainment industry and he is popular as well as a respected artist among the young generation. He has earned most of his wealth through his performances as a singer and rapper as well as his work as an actor. The total net worth estimated for Jaden Smith is $10 million USD as of now.

Jaden Smith was born and brought up in Malibu, California, United States. He is the child of famous celebrity Will Smith, his father and his mother is Jada Koren Pinkett Smith. He grew up with his half-brother Trey Smith and younger sister Willow Smith.

Jaden along with his siblings was raised in a very liberal environment. Jaden once attended New Village Leadership Academy but later decided to leave and was eventually homeschooled.

‘The Pursuit of Happyness’ is a globally hit movie in which Jaden played a role alongside his father Will Smith in the year 2006. When he was cast in the science fiction film ‘The Day the Earth Stood Still’ in 2008 he received a major appreciation for his acting skills.

in the year 2010 when he co-starred with Jackie Chan in ‘The Karate Kid’ Jaden Smith received a big boost to his career. He performed his hit song ‘Never Say Never’ along with the Canadian singer Justin Bieber in 2010. Jaden Smith released his first mixtape ‘The Cool Café’ in the year 2012.

In the 2013 movie ‘After Earth’, he once again co-starred with his father. Jaden Smith was cast in the movie ‘The Good Lord Bird’ in 2014 and played the role of a young slave.

Jaden Smith started appearing in television series from 2003 and has played a role in ‘The Get Down’, ‘The Suite Life of Zack & Cody’, and ‘All of Us’. He was also a cast in the ‘Netflix’ series ‘The Get Down as Marcus’. Directed by Crystal Moselle he appeared in the teen drama movie ‘Skate Kitchen’ in the year 2018.

He has also been known for dating many celebrities and he has dated quite a few of them.

Here we provide you the list of favorite things. Some Interesting Facts About Jaden Smith