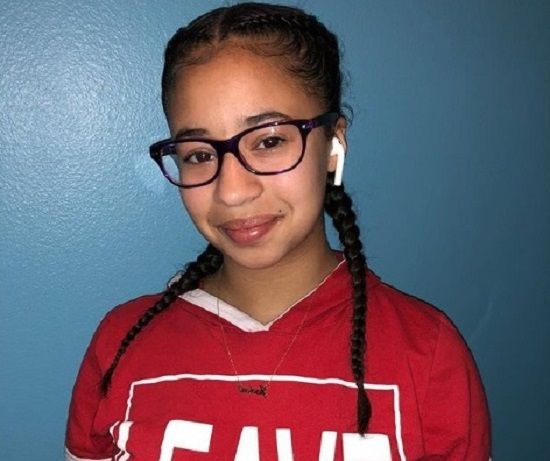 With the look of a promising future in her skilled way of playing basketball, Jaden Newman has been considered as one of the best upcoming female basketball players by the experts. Newman was encouraged by her father to play basketball while he was coaching the Downey Christian’s varsity team. Jaden comes from a family in which everyone is involved with basketball.

Jaden aspires to become the face of WNBA and to play for the women’s basketball team Connecticut Huskies. Diana Taurasi and Breanna Stewart are her role models and she imitates their style of playing.

Currently 15 years old, Jaden Newman was born on the 13th of June 2004. She has a fit and curvy figure and her weight measures 58 Kg, her height is 5′ 3″ in feet. Although her height is considered a little short for basketball, she makes up for it through her skills. Jaden has Brown eyes and the color of her hair is Dark Brown.

Jaden is quite young and at the very beginning of her career. She became famous after she became the youngest female sportsman to gain a thousand points at the varsity prep level. She is quite popular on Instagram and has over 750 thousand followers; she lives a luxurious lifestyle as seen on her Instagram posts. Jaden Newman’s estimated net worth is $350,000 US Dollars.

Born into a family where everyone is connected with basketball, Jaden Newman took birth and grew up in Orlando, Florida. Her parents are Vivian Newman and Jamie Newman who used to play basketball during their college time, and became the ones who encouraged her to play basketball along with her brother Julian, also is a well-known basketball player. Jaden is currently studying at Downey Christian School.

During Jaden’s time at the Downey Christian School in Orlando, Florida, her father Jamie Newman was the basketball team coach and suggested her to give a try for the position as the team was lacking a point guard.

Her father Jamie was confident that his daughter had the potential to do well in the team and Jaden also was very enthusiastic about the sports while growing up. The opinions about her ability and the decision to choose her to play in the team changed instantly from those who were at first skeptical about her skills.

Newman averaged 15 points per game when she joined the team as a fifth-grader and in the coming two years, improved her average remarkably. In her sixth and seventh grades, she doubled her point tally per game.

Here we provide you the list of Jaden Newman’s favourite things. Some Interesting Facts About Jaden Newman