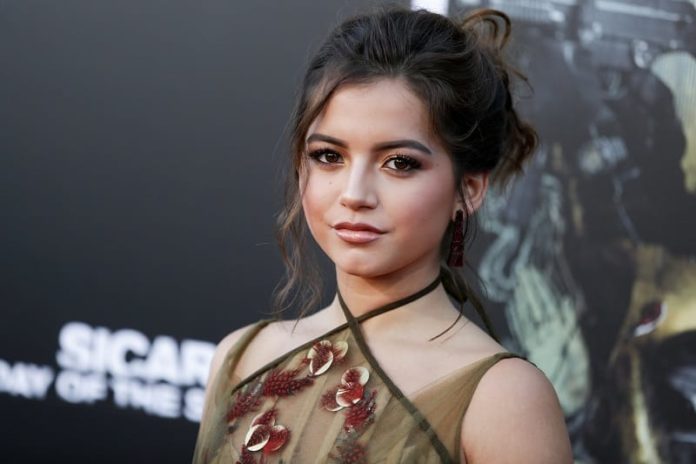 Hard work, determination, and persistence are the essential ingredients in the recipe of success, this line has been very well proved by ‘Isabela Yolanda Moner’ professionally known as ‘Isabela Moner’ who is an American actress, singer, and Voice Artist.

She is well recognized for her role in the Nickelodeon TV series, 100 Things to do Before High School as CJ Martin. She has become able to gain fans of her own.

She is also famous for her role in several films such as Transformers: The Last Knight, Isabel in Sicario: Day of the Soldado, Lizzy in Instant Family, the titular character in Dora, and the Lost City of Gold, and many others.

Her beauty is enhanced by her light brown eyes and dark brown hair. She is very conscious about her health and maintains her figure with the measurement of 36 inches breast, 27 inches waist, and 35 inches hips.

She is earning a decent amount of money from her acting and singing career after being active in the field for almost a decade. She has an estimated net worth of around $1 million.

Isabela was born and raised up in Cleveland, Ohio, USA, and belongs to the Peruvian ethnicity. He is born to her father Patrick Moner and her mother Katherine Moner. She also has two brothers named Giovanni Moner and Jared Moner.

As for her education, she did her homeschooling at Ohio Virtual Academy and there is no further information about her educational qualifications.

As of her career, she was attracted to the performing arts from a young age and performed in her first play when she was seven years old. She participated and won in the ‘Playhouse Square Rising Star’ ‘Youngstown Superstar Competition’ in 2008 and 2009.

She was cast in her first Broadway play ‘Evita’ at the age of 10 which was based on the 2006 West End production. This play also starred Elena Roger as Eva, Rachel Potter as Mistress, Michael Cerveris as Perón, and Ricky Martin as Che. She appeared in a production of ‘Fly’ in Dallas in the role of Wendy in 2013.

After that, she was featured in Broadway shows such as ‘Les Misérables’, ‘Billy Elliot,’ and ‘Peter Pan’. In 2012, she made her debut on the small screen with the TV movie ‘The Next Big Thing: NY’. In 2013, she made her debut in the films with Henry Barrial’s directorial venture ‘The House That Jack Built’ as young Nadia.

She featured the recurring role on the NBC comedy ‘Growing Up Fisher’ as Jenny alongside Jenna Elfman, J. K. Simmons, and Jason Bateman. But the show was canceled after seven episodes. In 2014, she lent her voice for the series ‘Dora and Friends: Into the City’ for the role of Kate.

In 2017, she also gave her voice to the character of Ava in the ‘Kingdom Hearts χ Back Cover’ video game and in ‘The Nut Job 2: Nutty by Nature’ to the character of Heather. In 2015, she portrayed Lori Collins in the TV movie ‘Splitting Adam’ and in 2016, Sadie in ‘Legend of the Hidden Temple’.

On September 18, 2015, she released her first and only album to date ‘Stopping Time’. In 2018, she played a major role in the film Sicario: Day of the Soldado. She played the teenage version of the character of Dora in the live-action adaptation of Dora the Explorer in May 2018. She is busy with her upcoming film Let it, Snow, as of 2019.

As of her personal life, she is not married yet but she was in a relationship with Jace Norman for seven months in 2016. Currently, she seems to be single and focusing on her career rather than getting into relationships.

Here we are providing the list of favorites of Isabela Moner: Some Interesting Facts About Isabela Moner