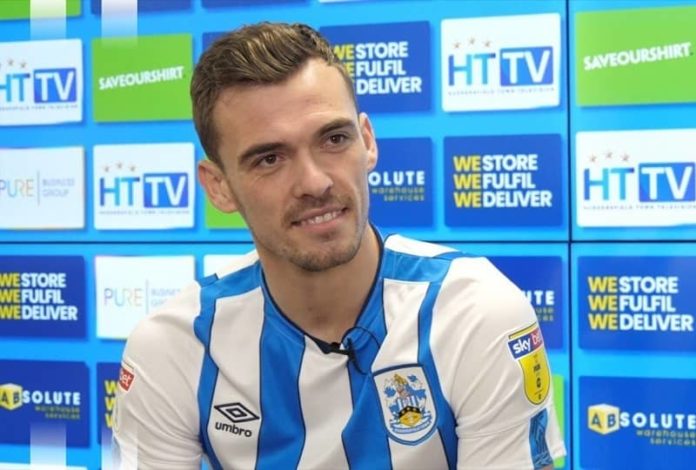 The handsome hunk with a dashing personality, Harry Stefano Toffolo is an English professional footballer who plays as a left-back for Championship club Huddersfield Town. In 2008, he joined Norwich City’s youth squad and began his professional career.

Swindon Town, Rotherham United, Peterborough United, Scunthorpe United, and Doncaster Rovers have all loaned him out in the past. He went on to play for Millwall and Lincoln City after that. He now plays for champion club Huddersfield Town in the Championships.

He maintains himself very fit and healthy with a weight of 71 kilograms and 156 lbs in pounds. Moreover, he is very conscious about his physique and follows a regular and healthy diet in order to keep himself fit as a fiddle.

As of his career, in 2008, he started playing football for Norwich City’s youth squad and began his professional career there. In March 2011, he joined the Academy three years after joining the club. In the 2013 FA Youth Cup final, he played for Norwich and helped them defeat Chelsea 4-2 on aggregate.

During the campaign, he scored twice in the FA Youth Cup last 16 against Millwall’s U18 on January 31, 2013, in a 2-1 win. He joined the club in 2013 and inked his first professional deal with them. He was an unused replacement in the League Cup for Norwich City against Crawley Town in the second round on August 26, 2014, and Shrewsbury Town in the third round on September 23, 2014, during the 2014-15 season.

He joined Swindon Town on loan for a month on October 20, 2014. His loan was later extended until the conclusion of the 2014-15 season, during which he made 30 appearances for the club, scoring once and assisting on eight occasions across all competitions.

He had his contract activated when his loan term at Swindon Town ended, as Norwich City chose to take up their option of a contract extension to secure his stay for the 2015-16 season. He made his first-team debut for Norwich in the League Cup second round against Rotherham United on August 25, 2015, at the age of 20 years and 6 days.

He signed a two-year contract deal with the club soon after. He joined Championship team Rotherham United on a one-month loan on October 19, 2015, and made seven appearances for the club, providing one assist in all competitions.

He joined Peterborough United on loan until the conclusion of the 2015-16 season, making seven appearances for the club and contributing one assist across all competitions. He was loaned out to Scunthorpe United for the remainder of the 2016-17 season on August 31, 2016.

He made 22 appearances for Scunthorpe United during his loan stay, scoring two goals and giving one assist across all competitions. Despite sustaining a muscular strain during Norwich City’s pre-season tour, he joined League One Doncaster Rovers on loan from 31 August 2017 until 3 January 2018, making 17 appearances in all competitions for the club.

On 29 January 2018, he signed a contract with Championship side Millwall until the end of the 2017-18 season, although he was released without playing a game by Millwall at the conclusion of the season. He signed a two-year contract with League Two team Lincoln City on June 12, 2018.

He made 85 appearances for the club from 2018 to 2020, scoring four goals and giving 13 assists in all competitions as Lincoln City won the EFL League Two title in 2018-19. He signed a two-and-a-half-year deal with Huddersfield Town for an unknown sum on January 17, 2020.

He got married to Annie Bell, his lovely girlfriend with whom he has been dating for a long time. The couple has been blessed with three children named Luca, Enzo, and Sienna.

Here we are providing the list of favorites of Harry Toffolo: Some Interesting Facts About Harry Toffolo