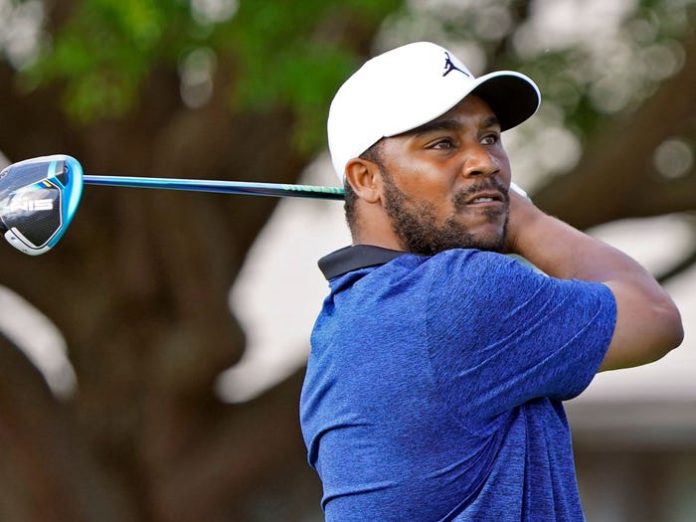 Success is the combination of hard work and dedication, this line has been very well proved by Harold Varner III who is an American professional golfer. Moreover, he rose to huge fame as one of the few African-American PGA Tour golfers.

Born on 15 August 1990, this handsome personality has turned 32 years old. He seems enough tall with his height which is 175 centimeters and 5’9” in feet & inches. He maintains himself very fit and healthy with a weight of 75 kilograms and 165 lbs in pounds.

This eminent golfer, Harold earns a very decent amount of money throughout his professional career. According to the sources, his estimated net worth is $5 million approximately. Moreover, he also makes money from endorsements and sponsorship deals. Through his earnings, Varner lives a very lavish and luxurious lifestyle.

Born in Akron, Ohio in the United States, Harold belongs to the African-American ethnicity. He is the loving and caring son of Harold Varner Jr. (father) and Patricia Carter (mother). Moreover, he grew up in Gastonia, North Carolina along with his sister whose name is not known.

As for his education, Varner studied at Forestview High School, where he played golf. After completing high school, he joined East Carolina University. Moreover, Harold also played collegiate golf and was named Conference USA player of the year.

Moving towards his career, Harold started his career by competing in the 2010 U.S. Amateur at Chambers Bay in University Place, Washington. Moreover, he turned professional in 2012 after competing in several amateur tournaments and missing the cut at the Chiquita Classic.

Later, he also played on the eGolf Tour and Florida Tour, prior to playing on the Web.com Tour. In fact, Varner also qualified for the 2013 U.S. Open where he missed the cut. Later, in the year 2014, he started to play on the Web.com Tour, making 13 cuts in 21 tournaments with two top-10 finishes.

He had a fairly consistent season in the year 2015 that includes five top-25 finishes and a runner-up finish at the Panama Claro Championship. Besides this, when he finished 25th on the Web.com Tour regular-season money list, he earned a PGA Tour card for the 2015-16 season.

In the year 2017, he tied for 50th place in the World Golf Championships. In addition to this, he is also the third black man to win on the European Tour after Vincent Tshabalala of South Africa and Tiger Woods.

Other than this, he was tied for second heading into the final round of the PGA Championship on Bethpage Black outside of New York City in May 2019. After that, in the 2020 PGA Championship, he tied for 29th place. Recently, Harold recorded his best finish to date on the PGA Tour in April 2021 when he tied second place at the RBC Heritage; four shots behind Stewart Cink.

Talking about his relationship status, the PGA Tour golfer Varner is a married man who is married to Amanda Singleton. Moreover, the duo met when he was 17. The couple tied the sacred knot of marriage with each other on 26 September 2020, during the COVID-19 pandemic.

Besides this, they went to Bermuda for their honeymoon. Recently, Varner announced the birth of his son Liam, aka HV4. As of now, Harold is living a happy and blissful life with his beloved in Jacksonville Beach, Florida.

Here we are providing the list of favorites of Harold Varner III: