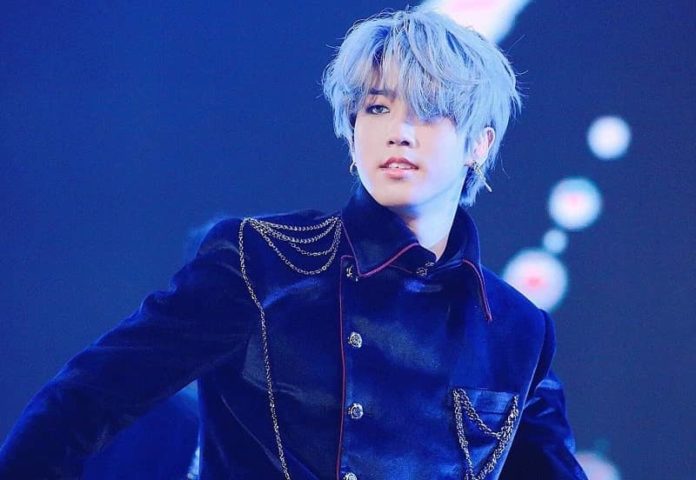 Success is the sum of small efforts repeated day in and day out, this line has been very well proved by ‘Han Jisung’ who is a South Korean singer, rapper, and producer. He is well-recognized for being a member of the South Korean boy band, Stray Kids which was formed in 2017.

This band released several extended plays and two albums. Moreover, Han is also a member of the hip-hop sub-unit, 3RACHA.

Born on 14 September 2000, this handsome singer has turned 22 years old. He seems enough tall with his height which is 170 centimeters and 5’7” in feet & inches. He maintains himself very fit and healthy with a weight of 60 kilograms and 132 lbs in pounds.

Moreover, he is very conscious about his physique and follows a regular and healthy diet in order to keep himself fit as a fiddle with body measurements of 38 inches chest, 30 inches waist, and 12.5 inches biceps approximately.

He earns a decent amount of money from the entertainment industry and his major income comes from contracts, record sales, endorsements, and sponsorships. As per sources, his net worth is estimated at around $1 million.

Han was born and raised up in Incheon, South Korea and belongs to the Asian ethnicity. There is no information related to his parents and siblings including their names too. As for his education, he studied in Malaysia and later returned to South Korea.

As of his career, he is a member of the South Korean boy band, Stray Kids which was selected from the reality survival show. In January 2018, the group debuted with an extended play (EP), Mixtape, and officially debuted with an EP, I Am Not in March 2018.  In June 2020, the band released their debut studio album, Go Live.

In August 2021, they released their second studio album, No easy. Despite Stray Kids, he is also a member of the hip-hop sub-unit, 3RACHA which consists of Bang Chan, Changbin, and Han Jisung. He mainly performs under the name J.ONE. He used the “N” word in one of his rap songs for which he faced backlash and later issued an official apology.

Here we are providing the list of favorites of Han Jisung: Some Interesting Facts About Han Jisung