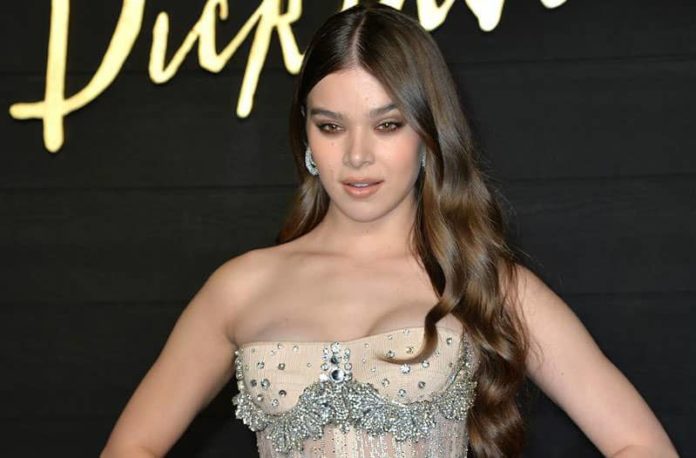 An American actress and model Hailee Steinfeld have given many remarkable performances in a short period of time. At the age of 13, she portrayed the character of Mattie Ross in the movie ‘True Grit’. Her brilliant performance blew audiences away.

She has earned numerous critical awards from her confident performance and many people already got a glimpse of the star she was about to become. Apart from acting, Hailee is also a singer and a songwriter. She became a famous singer with double-platinum hits in Australia and Triple Platinum hits in Canada as well.

Hailee Steinfeld weighs 59 kg and 130 lbs in pounds. She stands with a height of 170 cm or in feet inches 5’6”. She looks beautiful with long dark brown color hair and her eye color is hazel. Her figure measurement is 34-27-35 inches approximately. She turned 23 years old, in December 2019. She has a very charming personality because of her strict body maintenance.

Hailee Steinfeld’s net worth is estimated to be $8 million approximately. She is earning a considerable amount to live a luxurious life.

Hailee Steinfeld was born on December 11, 1996 to Peter and Cheri Steinfeld. Her father worked as a personal trainer whereas her mother was an interior designer. She has an elder brother named Griffin.

She was born in Los Angeles and was raised in Agoura Hills and then in Thousand Oaks, California. She attended the Ascension Lutheran School, Conejo Elementary and Colina Middle School for her elementary education.

To avoid bullying and focus on her acting career she was homeschooled later. She had relationship links Douglas Booth and Jack Antonoff.

Hailee Steinfeld began acting at a very young age and appeared in several short films. At the age of 13, she appeared in the movie ‘True Grit’ and was also nominated for the Academy Award for Best Supporting Actress. In 2011, she was selected to portray the character of Juliet in a modern adaptation of the evergreen Shakespeare play, ‘Romeo and Juliet’. She was featured in the science fiction adventure movie titled ‘Ender’s Game’.

She played the role of protagonists in the Romance Drama ‘Begin Again’. She became the part of the movie ‘Ten Thousand Saints’, which was premiered at the 2015 Sundance Festival. Along with the singer Shawn Mendes, she released an acoustic version of Mendes single ‘Stitches’. In 2015, she received her first EP titled ‘Haize’ which received mixed reviews from audiences and fans all over the world. Some Interesting Facts About Hailee Steinfeld