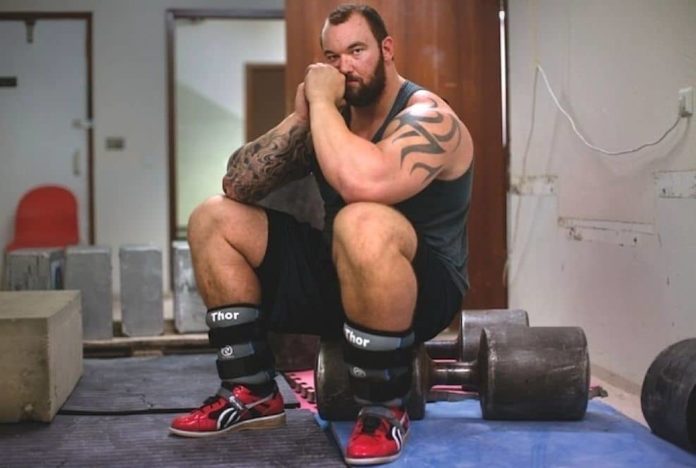 The ‘World’s Strongest Man’ Hafthor Bjornsson aka Hafþór Júlíus Björnsson is a professional strongman and actor. He is the first person to have won the three championship titles in the same year including “Europe’s Strongest Man”, “Arnold Strongman Classic” and “World’s Strongest Man”. He gained popularity after playing the role of Gregor in the popular HBO series, “Game of Thrones” for five seasons.

Born on November 26, 1988, Hafthor Bjornsson has turned 32 years old in the year 2020. He is towering tall with a height of 206 in centimeters and 6’9” in feet & inches. He possesses a fit and healthy personality with a weight of 193 kilograms and 425 lbs in pounds. He seems stronger with his brown eyes and brown hair. His body measures 54 inches chest, 46 inches waist and biceps size is 20 inches.

According to the sources, the estimated net worth of Hafthor Bjornsson is $2 Million.

Hafthor was born and raised up in Reykjavik, Iceland, and belongs to British-Icelandic Ethnicity. He is born to Björn (Father) and Ragnheiður (Mother). His grandfather’s name is Reynir who is also 6ft 9 1⁄2 Tall.

He was raised along with his sister Hafdís Lind Björnsdóttir. He didn’t reveal any information about his academic qualifications and keep his private life under wraps.

He commenced his athletic career as a basketball player. He played as a center for Division I club, Breiðablik in 2004. He joined Division I club, FSA Selfoss in 2005. He broke his ankle for which he underwent surgery during the games. After recovering he moved to club KR in 2006, but unfortunately, he again underwent ankle surgery during the 2006-07 season. At the age of 20, because of his troublesome ankle he, however, had to retire from basketball.

He met a famous Icelandic strongman named Magnús Ver Magnússon at a gym in 2008 and this turns into a turning point in his life. He won several strongman contests in Iceland just after 2 years of his training. At the OK Badur Strongman Championships, he won 5 events as well as he placed second at the Jón Páll Sigmarsson Classic in 2010. He broke a 1,000-year-old record set by Orm Storolfsson in 2015 at the World’s Strongest Viking competition and become history. After his long hard work, he won “World’s Strongest Man” in 2018 as well as he was the first Icelander to win this title after Magnús Ver Magnússon who won it in 1996.  In 2018, 2019, 2020 he won 3 Arnold Strongman Classics awards in a row. He again made history on May 2, 2020, after deadlifting 501 kg.

He commenced his acting career by playing the role of “The Mountain” in 4 seasons of the HBO series, “Game of Thrones”. He played the lead role in the debut season of “Philadelphia Renaissance Faire” in 2015. In 2017, He played the role of Mongkut in the film, “Kickboxer: Retaliation”.

He was in a relationship with several beautiful ladies such as Thelma Björk Steinmann and Andrea Sif Jónsdóttir. This giant man had his daughter with his first girlfriend Thelma Björk Steinmann, named Theresa Lif. After that in a blasting ceremony in 2020, he got married to a Canadian waitress, Kelsey Henson. He met Kelsey for the first time in 2017 when he visited the bar where Henson worked. 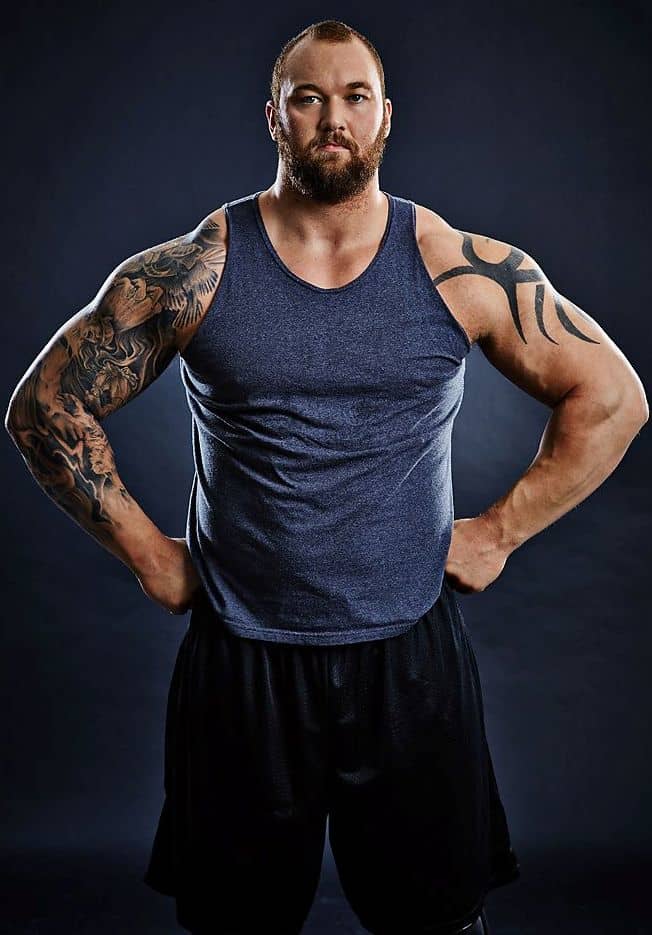 Some Interesting Facts About Hafthor Bjornsson