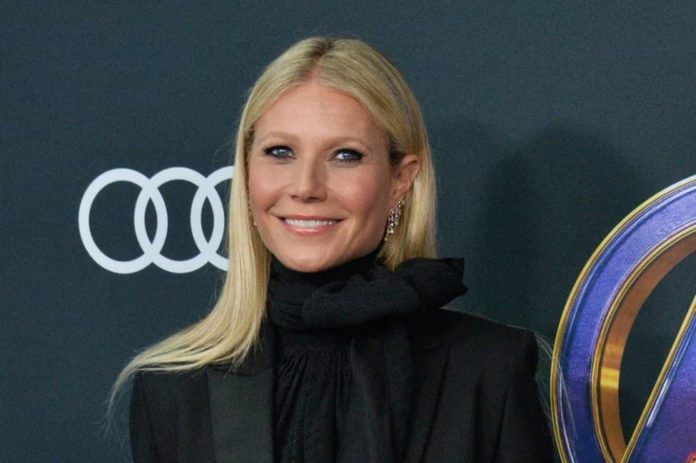 An American versatile celebrity Gwyneth Paltrow is known for being an actress, singer, and author of cookbooks. She is known for her brilliant performances in ‘Se7en,’ ‘Flesh and Bone’ and the British period drama ‘Emma’ for which she has won many awards.

She has earned global recognition for her performance in ‘Shakespeare in Love,’ for which she received an ‘Academy Award’. Apart from appearing in movies, she has been a popular face of the American fashion brand “Coach” and gradually has become an admired style icon among the audience.

From her multiple relationships to excellent performances in movies, she has been always there in the headlines for her presence.

Gwyneth Paltrow weighs 60 kg and 132 lbs in pounds. She is a brilliant actress with a height of 175 cm or in feet inches 5’9” tall. She has smooth blonde hair color and sparkling sharp blue color eyes.

She has a model-like figure with the following body measurement 34 inches breast, 25 inches waist, and 35 inches hips approximately. She has turned 50 years old. Her bra size is 34B whereas her dress size is 4 and her shoe size is 9 (US).

According to the sources, the estimated net worth of Gwyneth Paltrow is $60 million USD approximately.

Gwyneth Paltrow was born on September 27, 1972, as Gwyneth Kate Paltrow. She belongs to a well-to-do family as she is the daughter of actress Blythe Danner and the late film producer-director, Bruce Paltrow. She grew up along with her younger brother named Jake Paltrow in Santa Monica, USA.

She went to ‘Crossroads School’ in Santa Monica and ‘Spence School’ in New York City respectively for her elementary education.  She was enrolled at the ‘University of California’ to study anthropology but she dropped it to pursue a career in acting.

Gwyneth Paltrow made her acting debut with a TV film ‘High,’ which was directed by her father in 1989. Later, she was featured in  she appeared in various minor roles in films like ‘Shout’, ‘Hook’, ‘Cruel Doubt’ and ‘Deadly Relations.’

She had played the role of Brad Pitt‘s high school, sweetheart and wife, in the hit thriller ‘Se7en,’, and also earned a ‘Satellite’ award nomination. She was cast along with Pitt and Morgan Freeman who played homicide detectives involved in a sadistic serial killer case.

In the superhero film ‘Iron Man,’ she was starred alongside Robert Downey, Jr. in the movie, she played the role of his personal assistant Pepper Potts. She was cast in a medical thriller ‘Contagion’ where she shared the screen with Marion Cotillard, Bryan Cranston, Matt Damon, Laurence Fishburne, Jude Law, Kate Winslet, and Jennifer Ehle.

As an author, she has written ‘Spain… A Culinary Road Trip’,  ‘My Father’s Daughter: Delicious,’ and Notes from the Kitchen Table’.

Gwyneth Paltrow is known for her involvement in many relationships. In 2003, she got married to Chris Martin of “Coldplay” and have two children Moses Bruce and Apple Blythe Alison together. Due to unknown reasons, the couple got separated in 2014.

In September 2018, she got married to producer Brad Falchuk. The couple is living together but does not have a child together. Some Interesting Facts About Gwyneth Paltrow