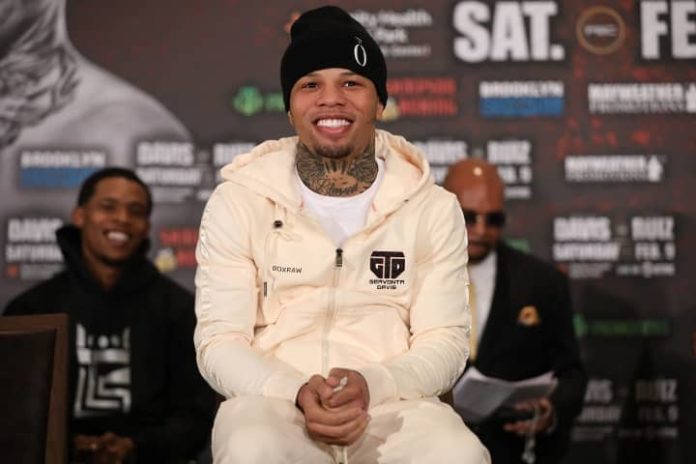 An American boxer Gervonta Davis is known for winning multiple world championships. At such a young age, he has earned WBA super title, IBF title, and won the super featherweight championship twice.

He has won championships in different weight classes by defeating some of the popular names and hence his winning knockout percentage is 95.8%. Apart from winning titles and championships, he is known for his defensive moves and exceptional punching power.

Gervonta Davis is 166 cm and in feet inches, his height is 5’4” tall. He is a powerful boxer that weighs 54 kg in Kilograms or 119 lbs in Pounds. In November 2021, he will turn 27 years old. He has a sharp and wide black color eye and black color curly hair.

He has an athletic physique with the following body measurements 44 inches chest, 36 inches waist, and 34 inches hips. His biceps size is 16 inches whereas his shoe size is 7 (US).

According to the sources, the estimated net worth of Gervonta Davis is $2.5 million USD approximately.

Born on November 7, 11 Gervonta Davis is an American but belongs of mixed descent. He was born in Baltimore, USA, and hails from the Sandtown-Winchester community which is one of the most crime-ridden areas of the city. He is the son of Kenya Brown and Garrin Davis and was raised along with his brother Demetris Fenwick.

Since childhood, he was inclined towards boxing and started training at Upton Boxing Center at the age of 5. For elementary education, he attended Digital Harbor High School which he dropped out to focus on boxing. Later he completed his secondary degree through a GED program.

At the age of 18, Gervonta Davis made his debut by winning 1st round knockout against Desi Williams. In 2015, he defeated Puerto Rica’s Israel Suarez at CONSOL Energy Center in Pennsylvania and became the first man to stop him. He had scored a technical knockout against Alberto Mora at 1 minute 14 seconds at The Claridge Hotel, New Jersey.

He had defeated Recky Dulay of the Philippines in 94 seconds at the MGM Grand Garden Arena as a part of Floyd Mayweather vs. Andre Berto. In 2016, he had challenged Jos Pedraza for the IBF junior lightweight title. He won the title in s seventh-round knockout against Pedraza.

He had retained his IBF title from Liam Walsh by defeating him in the third round. He had recorded his 10th straight knockout victory against Francisco Fonseca who was ranked 7. In front of 13,964 audiences, he knocked out former featherweight champion Jesus Cuellar in 3rd round.

He announced a fight against Abner Mares but the fight did not happen on the scheduled dater due to the career-ending injury of Mares. In 2019, he won the WBA Super-featherweight title against Ricardo Nunez. Recently, he fought against regular champion Mario Barrios and knocked him down twice in the eighth round.

Gervonta Davis is an unmarried man but is currently dating Ari Fletcher. Previously, he had dated Dretta Starr and the couple has a daughter named Gervanni Davis.

He had a fight with his friend Anthony Wheeler at the Upton Boxing Center. Hence, he was accused of first-degree assault but was later changed to second-degree misconduct assault which carried the penalty of 10 years or $2500. Anthony dropped his charges and two again became friends. 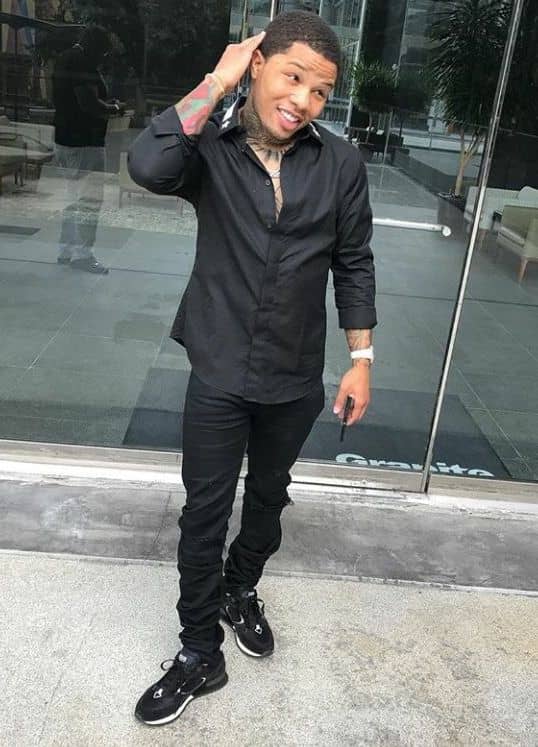 Some Interesting Facts About Gervonta Davis