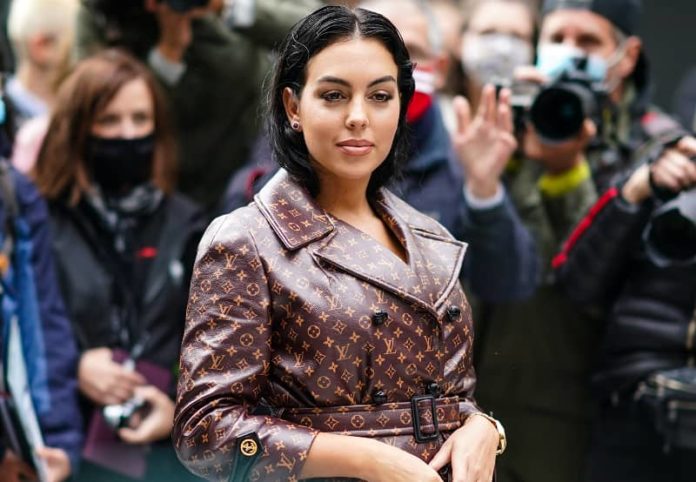 Beauty attracts the eye but talent captures the heart, this line is very well proved by Georgina Rodriguez who is a renowned Spanish model. Moreover, she is eminently known for being the girlfriend of Portuguese professional footballer Cristiano Ronaldo.

In fact, she has also captured the heart of millions of people by appearing on the cover of several other magazines in the past, including ‘LOVE Magazine’ (Spain), ‘VIP Magazine’ (Portugal), ‘LOVE Magazine’ and many more.

Born on 27 January 1995, this gorgeous diva has turned 26 years old in the year 2021. Georgina is blessed with a good height of 170 in Centimetres and 5’7” in Feet & Inches. Her brown eyes and shiny black hair enhance the charm of her beauty.

She is very conscious about her physique and follows a regular diet to keep herself fit with the weight of 56 in kilograms and 123 lbs in pounds. Her figure measures 33 inches breast, 24 inches waist, and 35 inches hips. Her bra size is 33B while her shoe size is 8 (US).

This famous model, Georgina has gathered a very decent amount of net worth and huge fame by working in the field of modeling. According to the sources, her estimated net worth is $10 million approximately. Through her earnings, she is able to live a lavish and luxurious lifestyle.

Born and grew up in Jaca, a city in northeastern Spain, Georgina belongs to the white ethnicity. She is the loving and caring daughter of Jorge Rodriguez (Father) and Ana Maria Hernandez (Mother).

Moreover, she never disclosed any information regarding her siblings. Rodriguez studied Dance and English in London. Apart from that, she didn’t reveal any detail about her educational background.

Moving towards her career, Georgina started her career by working as a waitress back in her hometown during her teenage days. Later, she began to work as a shop assistant in the Gucci store in Madrid. Furthermore, this gorgeous model was switched to the modeling industry.

Talking about her relationship status, Georgina is not married yet but she is in a romantic relationship with renowned footballer Cristiano Ronaldo. Moreover, with this stunning beauty, Rodriguez was first spotted alongside Cristiano Ronaldo in late 2016 when the star footballer was still playing for the renowned Spanish football club Real Madrid.

Subsequently, the duo was seen together out on romantic dates a number of times which sparked rumors about their relationship status. In fact, she has also attended Real Madrid matches and also appeared at several award ceremonies, including ‘The Best FIFA Football Awards’, where she accompanied Cristiano Ronaldo, his mother, and his son Ronaldo Jr.

Furthermore, after being together for about a year, this lovely couple was blessed with their first child a daughter named Alana Martina in November 2017. This news was announced by Ronaldo via an image post also featuring him, the new mother, and his eldest child.

Other than this, Georgina also acts as a mother figure to his son Ronaldo Jr., and his twins Mateo and Eva.

Here we are providing the list of favorites of Georgina Rodriguez: 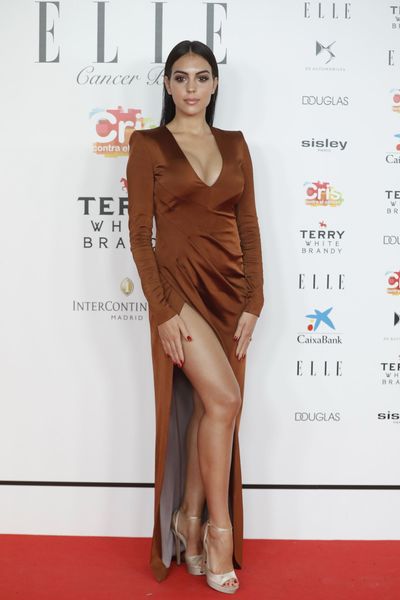 Some Interesting Facts About Georgina Rodriguez