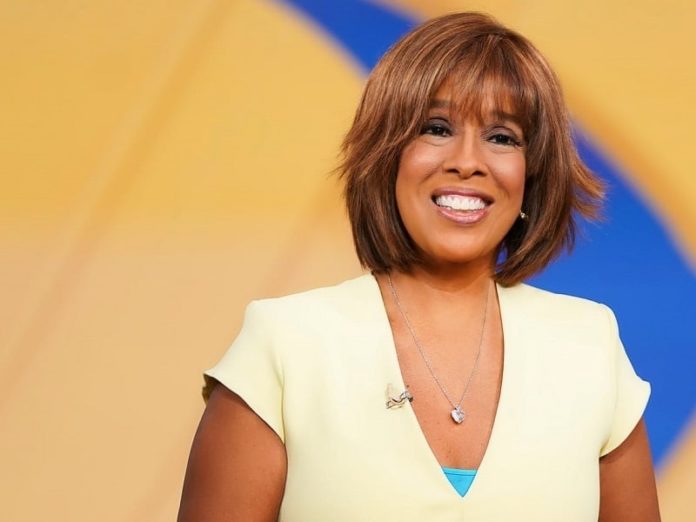 Happiness is the true sense of fulfillment that comes from hard work, this line has been very well proved by Gayle King who is an author, journalist, and television personality from the United States. In 2012, she joined CBS as a co-anchor of CBS This Morning, a CBS News morning show.

She has been co-anchoring CBS This Morning since then. She has been referred to be one of CBS’s top anchors. She also works for O, The Oprah Magazine as an editor-at-large. Her Instagram account has almost 612k followers.

Gayle King, who just joined CBS News, has a 5.5 million-per-year contract with the network. Her net worth is estimated to be $20 million as of 2019.

Gayle was born and raised up in Chevy Chase, Maryland, and belongs to African-American ancestry. She is born to her father Scott King and her mother Peggy King. As for her education, she went to an American school in Turkey.

Later, the family relocated to Maryland, in the United States. She attended the University of Maryland and graduated in 1976 with a double major in psychology and sociology.

She began her television career as a production assistant at Baltimore’s WJZ-TV. At the time, Oprah Winfrey was an anchor on the show. Later, King worked as a reporter for Washington, D.C.’s WTOP-TV. After working at WJZ, she relocated to Kansas City, Missouri.

She began her career at WDAF-TV as a weekend anchor and general assignment reporter. In 1981, she was employed as a news anchor by WFSB in Hartford, Connecticut. She spent 18 years working at WFSB. She went on to earn an Emmy Award for her work as a news anchor.

She was a special correspondent for Oprah Winfrey’s show. In 1991, she co-hosted an NBC daytime discussion show, Cover to Cover, with Robin Wagner. In 1997, she launched her own syndicated talk program, The Gayle King Show.

The Gayle King, her show, concluded in November 2011. Her show was canceled because King was leaving to co-anchor CBS This Morning. In 2006, she was believed to be filling in for Star Jones, Rosie O’Donnell in 2007, and Elisabeth Hasselbeck in 2013.

Before joining CBS News, she worked as a special reporter for Good Morning America. In November 2011, she agreed to co-anchor CBS This Morning with CBS. When it was discovered that CBS intended to keep the findings of sexual assault and harassment at CBS hidden, she made a public declaration on air demanding that CBS be fully transparent.

In December 2018, it was reported that King was enraged by the problems and the way things were being handled at CBS This Morning. She was recognized for maintaining calm during an interview in which R. Kelly jumped up from his chair and proceeded to scream and beat his chest in response to sexual assault charges leveled against the singer.

Gayle King was previously married to Bill Bumpus, who was an attorney and associate attorney general. In 1982, they got married and in 1983, they took divorce. She is the mother of two children, a boy, and a daughter. In 2006, she dated politician Cory Anthony Booker.

Here we are providing the list of favorites of Gayle King: Some Interesting Facts About Gayle King