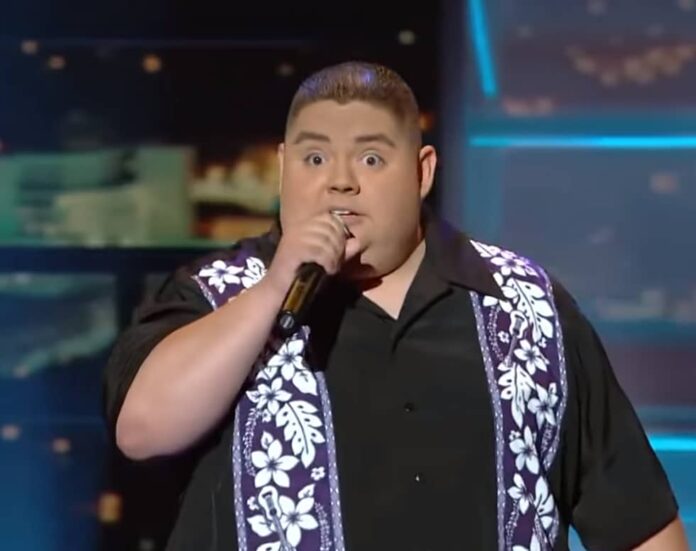 Popularly known as Fluffy, Gabriel Jesus Iglesias is an American comedian, writer, producer, actor, and voice actor as well. ‘I’m Not Fat… I’m Fluffy’ and ‘Hot & Fluffy’ are some of his shows which have given him a global popularity. He is also known for jokes related to his weight and Hispanic heritage and also for wearing Hawaiian shirts.

Born on the 15th of July 1976, Gabriel Jesus Iglesias will turn 46 years old. He appears to be tall and is quite overweight. His height measures 5 feet 8 inches and his weight is 173 kg approximately. His weight has been a result of his stressful life and alcohol abuse. Known for his unique expressions, he has black colored eyes and the color of his hair is black as well.

Starting as a beginner in the industry, Gabriel Jesus Iglesias has reached the heights of success and today he is known as one of the most popular comedians in the world and the most-watched on YouTube as well.

He has earned most of his wealth through his tours and performances as well as acting in movies and giving his voice as a voice actor. He has been a writer and a producer of a movie as well. The total net worth estimated for Gabriel Jesus Iglesias is $30 million US dollars as of now.

A native of California Gabriel Jesus Iglesias was born and raised in San Diego, California, United States of America. He was the son of Jesus Iglesias and Esther P. Mendez and grew up with five siblings. He has not shared much of his educational details but it is known that he completed his graduation from his local High school.

In the year 1997, Gabriel Iglesias began his comedy career against the wishes of his mother. On the Nickelodeon comedy series ‘All That’, he first appeared on television in 2000. a short film named ‘Entre Vivos y plebeyos’ featured him in 2002.

He did a number of projects including ‘El Matador’, ‘Days of Santiago’ ‘Last Comic Standing’, and ‘The Emperor’s New School’ from 2003 to 2006. He hosted ‘Live at Gotham’ and also gave a stand-up performance in ‘Hot and Fluffy’ in 2007 and voiced an entire Mexican family in the animated series ‘Family Guy’.

Iglesias did numerous films and shows from 2012 to 2014 such as ‘The Book of Life’, ‘Aloha Fluffy’, ‘The Nut Job’, ‘A Haunted House 2’, ‘The Fluffy Movie’, ‘The High Fructose Adventures of Annoying Orange’, ‘Magic Mike’ and ‘Planes’. Gabriel also did the movie Magic Mike’s sequel ‘Magic Mike XXL’.

Talking about the dating life he has been in a romantic relationship with his girlfriend Claudia Valdez.

Here we provide you the list of Gabriel Iglesias’s favorite things. Some Interesting Facts About Gabriel Iglesias