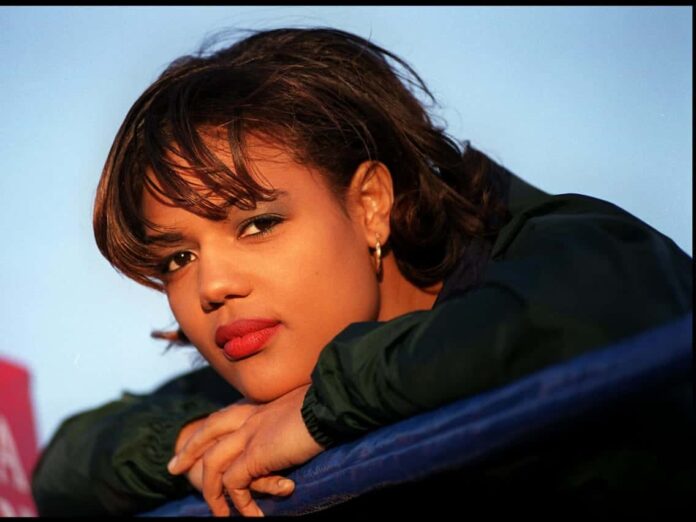 The daughter of a former pro boxer George Foreman, Freeda Foreman was a boxer and TV personality. Sadly, she passed away at the age of 42 years due to a heart attack on March 9, 2019. She was found dead in Houston and one of the family members discovered the body and no foul play was suspected.

She was born as Freeda George Foreman on October 16, 1976. In 2000, she began boxing as a middleweight and had won first five fights. As an actress, she appeared in few documentaries which were about her father and in 2003 she made a guest appearance in the episode of “King of the hill”.

Freeda Foreman weighed 60 kg and 132 lbs in pounds. She was a professional boxer who was 180 cm or in feet inches 5’11” tall. She looked bold in curly brown color hair and sharp wide dark brown color eyes.

She had a muscular physique with figure measurement is 35 inches breast, 26 inches waist, and 37 inches hips approximately. Her bra size was 34B whereas her dress size was 8 and the shoe size was 10. She had a navel piercing on the body and also had inked a tiger tattoo on her waist.

According to the sources, Freeda Foreman’s estimated net worth ranged between $400K to $500K US dollars approximately.

Freeda Foreman was born to George Foreman and Andrea Skeete in Houston, Texas. Her father was a two times heavyweight champion. Her father got married over five times and hence she had 11 siblings.

For elementary education, she attended a private school in Texas. For further studies, she was enrolled in Sam Houston State University from where she completed her studies in criminal justice. Later she also attended Lone Star Community College and Texas Southern University.

In 2000, Freeda Foreman made a debut in her boxing career. On June 18 2000 she fought her first match in Las Vegas, which she won against Laquanda Landers. In her 2nd match, she defeated Alcheria Bell in September 2000 in Detroit. She also won the third match against the opponent Rachel Pembleton in Elgin.

She again earned the victory in her fourth and fifth match against Yolanda Blackmer and Audrey La Torre respectively. On November 20, 2001, she played the sixth and the last match against Evelyn Rodriguez, which she unfortunately lost. She began with five-match winning streak-with three knockouts.

Later, in the sixth match, she was defeated and after the loss, she decided to get retirement from the ring. In one of the interviews with the New York Times, she revealed that though her father did not embrace her efforts his love and support were all she needed. In 2002, she was cast in the movie documentary named ‘Relatively Speaking: George Foreman’.

She was a married woman, blessed with children and grandchildren but their names are not revealed as she preferred keeping her personal life private and away from social media.

Here we are providing you the list of Freeda Foreman’s favorite things. Some Interesting Facts About Freeda Foreman