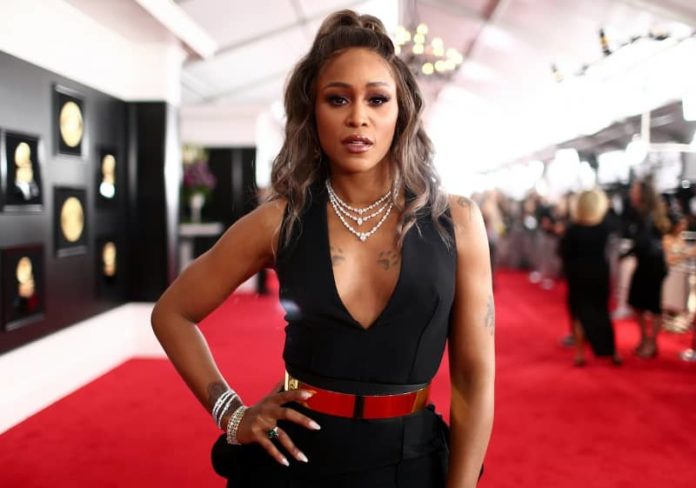 Eve Jihan Jeffers Cooper, professionally known as ‘Eve’ is an American rapper, singer, songwriter, actress, and talk show hostess. She is well recognized for her single “Let Me Blow Ya Mind” as well as for her role as Terri Jones in the film “Barbershop” and its sequels “Barbershop: The Next Cut” and “Barbershop 2: Back in Business”.

Moreover, she co-hosted the American talk show “The Talk” from 2017 to 2020 and also got ranked 46th position on VH1’s list of 50 Greatest Hip Hop Artists.

This sizzling beauty Eve seems tall with a height of 170 centimeters and 5’7” in feet & inches. Born on, November 10, 1978, this beautiful singer has turned 44 years old. She possesses a healthy and fit figure with a weight of 60 kilograms and 132 lbs in pounds.

Her body is complemented by her beautiful dark brown eyes and her black hair. Her figure measurements are 34 inches breast, 23 inches waist, and 35 inches hips.

She has quite good earnings from her professional career as a rapper, singer, actress, and TV show host and her major source of income are her songs, films, series, and shows. She has managed to amass a healthy fortune of around $10 million.

Eve was born and raised up in Philadelphia, Pennsylvania, USA, and belongs to the African-American ethnicity. She is born to her father Jerry Jeffers who worked as a chemical plant supervisor and her mother Julie Wilcher who was a publishing company supervisor.

She is the only child of her parents. She has grown up with her brother Harold Wilch. As of her education, she completed her education at Martin Luther King High School and worked as a stripper after her graduation.

As of her career, she started her career as a rapper by appearing in the Bulworth soundtrack under the name “Eve of Destruction” in 1998. After that, she signed with Dr. Dre‘s record label “Aftermath Entertainment” and in June 1999 released her first single “What Ya’ll Want” which peaked at no. 29 on the US Billboard Hot 100.

On September 14, 1999, her first album “Let There Be Eve…Ruff Ryders’ First Lady” got released and this album also peaked at no.1 on the Billboard Hot 200. Along with artists like Nas, Lil Mo, and Q-Tip, she got featured on Missy Elliott’s single “Hot Boyz(Remix)” and this song was at no. 1 on the Hot Rap Singles for 18 weeks.

She released her second album “Scorpion” in March 2001. Her single “Let Be Blow Ya Mind” from this album ranked at no.2 on the Billboard’s Hot 100 as well as won her first Grammy Award which was for Best Rap/Sung Collaboration.

She won the BET award for Best Female Hip-Hop Artist in the same year. She released her third album “Eve-Olution” under Ruff Ryders Entertainment in August 2002. Her next singles “Gangsta Lovin'” and “Satisfaction” got huge acclaimed.

She got her career breakthrough in 2002 as an actress after she portrayed the role of Terri Jones in the American comedy-drama film “Barbershop” for which she earned MTV Movie Awards Nomination for Best Female Breakthrough Performance.

Besides this, she made her appearance in several TV Shows and series such as “LA Ink”, “Stylista”, “Glee”, “MTV Africa Music Awards 2010”, “Double Exposure”, “Third Watch”, “One on One”, “America’s Next Top Model”, “The Getaway”, “Kidding”, “Happy Together”, “Saturday Night Live” and “Empire”.

She portrayed the starring role of fashion designer, Shelly Williams in the American sitcom “Eve” from 2003 to 2006 as well as worked as the co-executive producer of the show for 21 episodes. She performed “Rich Girl” on NBC’s competition series “The Voice” along with American singer, Gwen Stefani.

In November 2017, she began co-hosting the CBS Daytime talk show “The Talk” and also received a second Daytime Emmy Award nomination for Outstanding Entertainment Talk Show Host. She announced on 2nd November 2020, live on The Talk, that she would be leaving the show at the end of the year. Recently, she worked in the 2nd season of the Netflix series “Feel Good”.

Reflecting on her personal life, she is a married woman who tied the marriage knot with her only husband, Maximillion Cooper who is an American businessman. They both got engaged on December 25, 2013, and married on June 14, 2014, in Ibiza, Spain. The couple doesn’t bless with any child as of Eve’s fertility problem but she has our stepchildren from Cooper’s previous marriage. 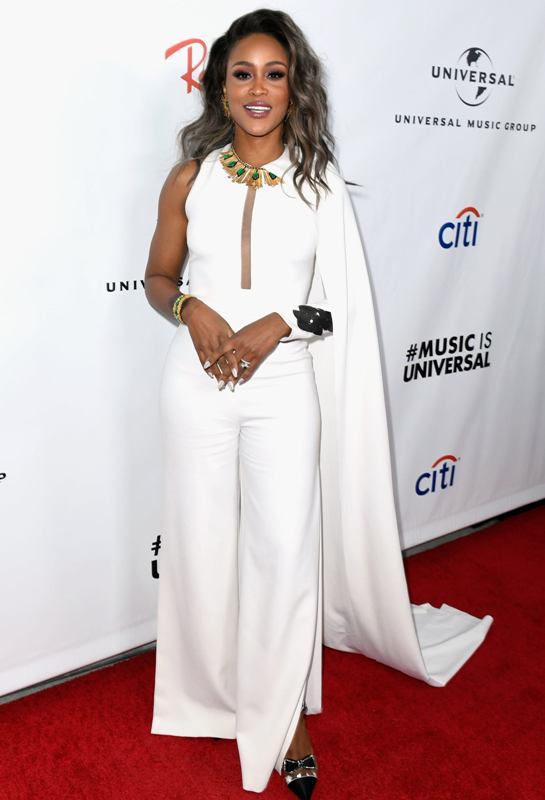 Some Interesting Facts About Eve Rapper