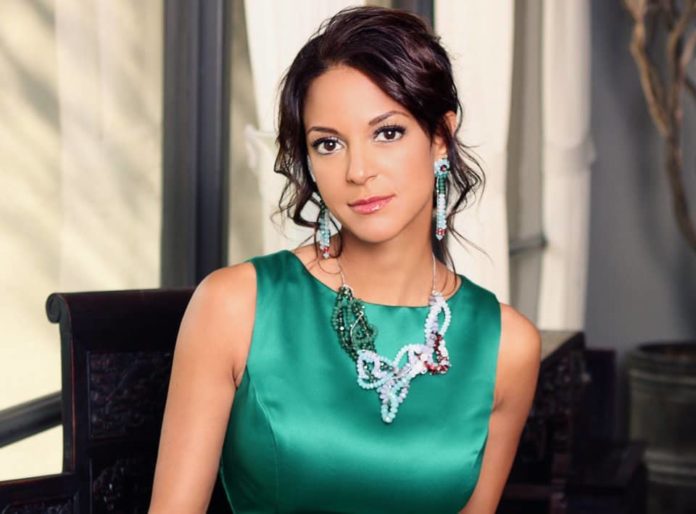 A dream does not become reality through magic, it takes hard work and determination, this line is very well proved by Eva LaRue who is an American model and actress. Moreover, she is best known for portraying her crucial role in the ABC soap opera, All My Children.

Apart from that, she has won the heart of millions of people by appearing in more than fifty movies and television series to date.

Her beauty is enhanced by her dark brown eyes and dark brown hair. She is very conscious about her health and maintains her figure with the measurement of 34 inches breast, 25 inches waist, and 36 inches hips. Her bra size is 32D.

According to the sources, Eva’s estimated net worth is $4 million approximately.

Born and grew up in Long Beach, California, United States, Eva belongs to a mixed ethnicity including Puerto Rican, French Dutch, and Scottish. She is the lovely and caring daughter of Luis LaRuy (father) and Marcie LaRuy (Mother).

Apart from that, she grew up with her three siblings; two sisters named Nika LaRue and Lara LaRue and a brother named Luis Jr. As for her education, she enrolled at Norco High School where she graduated in the year 1985.

Eva took the first step towards her career in the year 1987 with The Barbarians. However, she got an uncredited role. Later, she made her appearance in various TV series including Freddy’s Nightmares, Charles in Charge, Perfect Strangers, Married…with Children Dragnet, etc.

Furthermore, she rose to prominence after starring in ABC’s soap opera, All My Children. In fact, she also portrayed the role of Dr. Maria Santos Grey and appeared in the show from 1993 to 1997 and again from 2002 to 2005.

Apart from that, LaRue achieved Daytime Emmy Award nomination in the category of “Outstanding Supporting Actress in a Drama Series” for All My Children in the year 2004.  Besides this, she again reprised her role, Maria on the occasion of the 40th anniversary of All My Children.

Other than this, some of her notable credits are Ghoulies III: Ghoulies Go to College, Heart Condition, Dancer and the Dame, Third Watch, Modern Girl’s Guide to Life, Criminal Minds, CSI: Miami, and others.

Additionally, in the year 2016, she got the golden opportunity of appearing in the revival series of the sitcom Full House entitled Fuller House in which she landed the role of Teri Tanner alongside Jodie Sweetin, Candace Cameron Bure, and Andrea Barber. Moreover, she was cast on The Young and the Restless in the role of Celeste Rosales in May 2019.

Talking about her relationship status, Eva has married thrice in her life. She first tied the sacred knot of marriage with an actor, John O’Hurley in the year 1992. However, their relation couldn’t last long and came to an end in the year 1994. Later, Eva got married to her fellow co-star of All My Children, John Callahan in the year 1996.

In fact, the couple was also blessed with a lovely daughter named Kaya McKenna Callahan who was born on 26th June of 2010. Unfortunately, the duo divorced in 2005 citing irreconcilable differences.

Furthermore, LaRue married for the third time on June 26, 2010, with her longtime boyfriend, Joe Cappuccio who is a businessman in a private ceremony. But in the year 2014, they decided to split their relationship. As of now, she seems to be single.

Here we are providing the list of favorites of Eva LaRue: 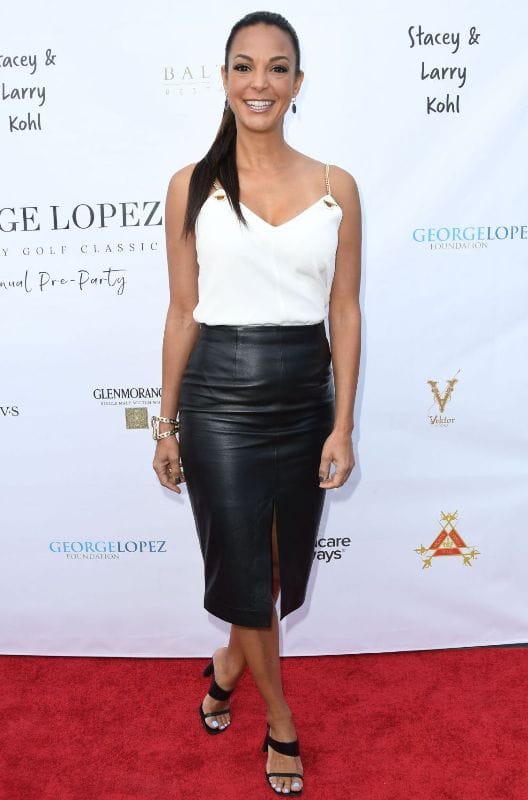 Some Interesting Facts About Eva LaRue