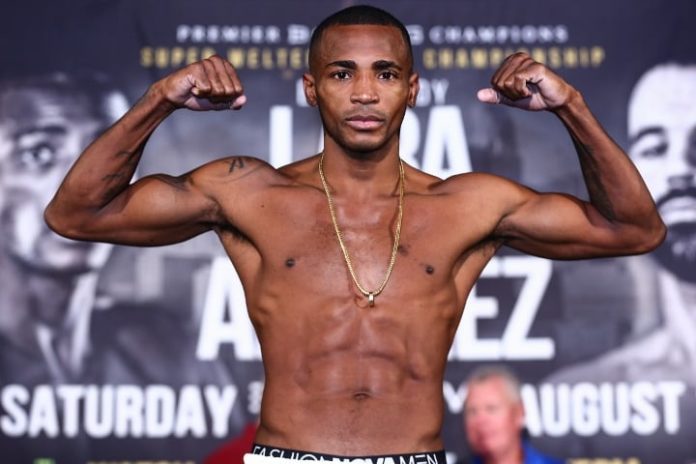 Success in life is a matte not so much of talent as of concentration and perseverance, this line has very well proved by Erislandy Lara Santoya who is a Cuban-American professional boxer. Moreover, he rose to huge prominence by holding multiple world championships in two weight classes, including the WBA (Regular) light middleweight title since 2019, and the WBA (Regular) middleweight title since May 2021.

Besides this, today he is regarded by some as one of the most technically skilled fighters in boxing. Recently, Lara came into the limelight in March 2021 when he is ranked as the world’s third-best active light middleweight by BoxRec, sixth by the Transnational Boxing Rankings Board, and second by The Ring magazine.

Born on 11 April 1983, this handsome boxer has turned 39 years old. He seems enough tall with his height which is 175 in centimeters and 5’9” in feet & inches. He seems very fit and healthy with a weight of 70 in kilograms and 154 lbs in pounds.

Working as a professional boxer, Erislandy earns a very handsome amount of money from his professional career. According to the sources, his estimated net worth is $2 million approximately.

Born and growing up in Guantanamo, Cuba, Erislandy belongs to the Cuban ethnicity. He was born to a mother, Marisol. However, Lara never met his father. Moreover, he grew up with his younger sister by their grandmother, Silvia. Apart from that, he never revealed any information regarding his educational background.

Moving towards his career, Erislandy lost four-time against a Cuban boxer and two-time world champion, Lorenzo Aragon as an amateur boxer. Later, he rose to prominence and was sent to the world championships.

In fact, in the year 2005, Lara won a gold medal at the world championships in Mianyang defeating Boyd Melson, Andrey Balanov, Bakhtiyar Artayev, and Magomed Murutdinov. Thereafter, he won the silver medal at the 2005 World Cup in Moscow, Russia. But in the final, he was defeated by Russian Andrey Balanov.

However, in Brazil, Guillermo Rigondeaux and Lara attempted defection from Cuba during the Pan American Games. He was also caught by Brazilian authorities and returned to Cuba where he was banned from practicing boxing indefinitely. Furthermore, in the year 2008, Erislandy made a successful defection on his second attempt.

He moved to Mexico on a speed boat. Eventually, he reached Germany where he joined former Olympic champions Odlanier Solis, Yan Barthelemy as well as Yuriorkis Gamboa in the Arena Box-Promotion stable. This eminent boxer continued to practice boxing and turned professional in 2008.

Later, in July 2008, he defeated Ivan Maslov and Deniss Aleksejevs in September 2008. After that, in the year 2009, he moved to the United States in order to continue his boxing career. Then, in January 2009, Lara made his ESPN debut in which he defeated Rodrigo Aguiar via first-round TKO.

Thereafter, in November 2010, he defeated Tim Connors via TKO in order to win the vacant WBA Fedelatin light middleweight title. Before recording the first draw of his professional boxing career, Lara defeated Delray Raines in January 2011. Other than this, in March 2011, his fight with Carlos Molina ended in a draw.

In July 2011, he suffered the first professional loss of his career in a controversial fight when he lost to Paul Williams on a majority decision with the final scorecard, 116-114, 115-114, and 114-114. Moreover, in April 2012 Lara defeated Ronald Hearns and Freddy Hernandez June 2012. But, his fight ended in a draw with Vanes Martirosyan in 2012.

Later, in July 2014, he suffered the second professional loss of his career by losing the fight against Saul Alvarez via unanimous decision. In December 2014, this handsome hunk successfully defended his WBA (Regular) super welterweight title by unanimous decision victory over Alamodome.

Talking about his relationship status, Erislandy is a married person who tied the sacred knot of marriage with Yudi Lara. In fact, he has four children altogether. Moreover, from his previous relationship, he has two sons, Erislandy and Roberlandy. Other than this, he never shared any data about his personal life.

Here we are providing the list of favorites of Erislandy Lara: Some Interesting Facts About Erislandy Lara