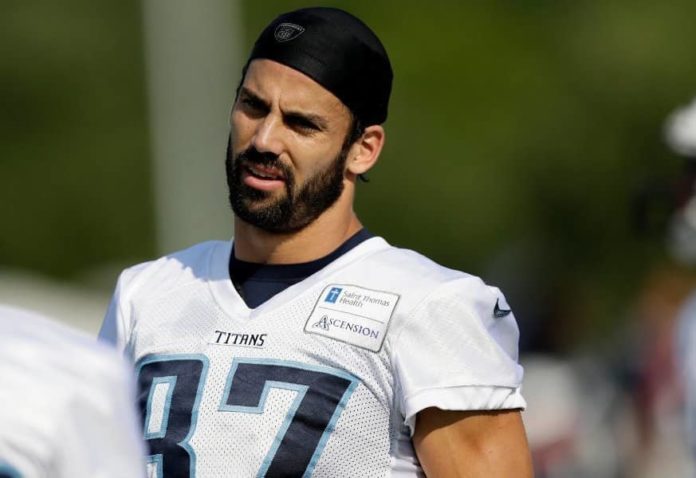 Successful people are not gifted, they just work hard and succeed on their purpose, this line is very well proved by Eric Decker who is the former American football wide receiver. Moreover, he played in the National Football League (NFL) for eight seasons.

Apart from that, he gathered huge fame when he was drafted by the Denver Broncos in the third round of the 2010 NFL Draft.

Born on 15 March 1987, this handsome personality has turned 35 years old. He seems enough tall with his height which is 183 in centimeters and 6 feet. He seems very fit and healthy with a weight of 97 in kilograms and 214 lbs in pounds.

According to the sources, Eric’s estimated net worth is $10 million approximately.

Born and grew up in Cold Spring, Minnesota, USA, Eric belongs to the white ethnicity. He is the loving and talented son of Tom Decker (Father) and Sue Meyer (Mother).

As for his education, he enrolled at Rocori High School where he used to play football, basketball, and baseball. In fact, he was also named in football team MVP two years in a row. Furthermore, he was admitted to the University of Minnesota for his higher studies.

Apart from that, he was practiced under coach Thomas Goudy in St. Louis Missouri in the year 2009. Moreover, Eric learned several things and very famous techniques of holding the ball from him for three weeks in the camp.

Other than this, he got huge fame with three games and received the sixth position in receiving yards with an average of 124.8 per game. In fact, he was also declared as the best wide receiver with the third position in college football by Stewart Mandel. After appearing like a senior, he finished with five touchdowns and 758 receiving yards.

In the year 2008, Decker was also played for the 39th round of Major League Baseball Draft and the 27th round of the Major League Baseball Draft in 2009. Besides this, Eric was drafted by Denver Broncos in the 2010 season. Then he signed a four-year contract. Later, he finished his rookie season with a touchdown and 6 catches that went for 106 yards.

Further, in the 2011 season, he finished the season with eight touchdowns and 44 receptions for 612 yards. After that, he had 13 touchdowns and 85 catches for 1,064 yards in the 2012 season. In fact, he also ranked 20th in the league in terms of yards for wide receivers.

However, he was fined in the 2016 season. He finished with two touchdowns and nine receptions for 194 yards. Later, Eric was officially released by the Jets on 12 June 2017. After that, he signed a one-year contract with Tennessee Titans on 18 June 2017.

Later, Decker signed the one-year deal with New England Patriots on 2 August 2018. However, on 26 August 2018, he announced his retirement from NFL.

Reflecting on his relationship status, Eric is a married man who tied the sacred knot of marriage on 22 June 2013 with Jessie James who is a singer. Later, the couple welcomed their three children named Rose Decker, born on 18 March 2014, Eric Thomas on 3 September 2015, and Forrest Bradley Decker who was born on 31 March 2018.

Here we are providing the list of favorites of Eric Decker: 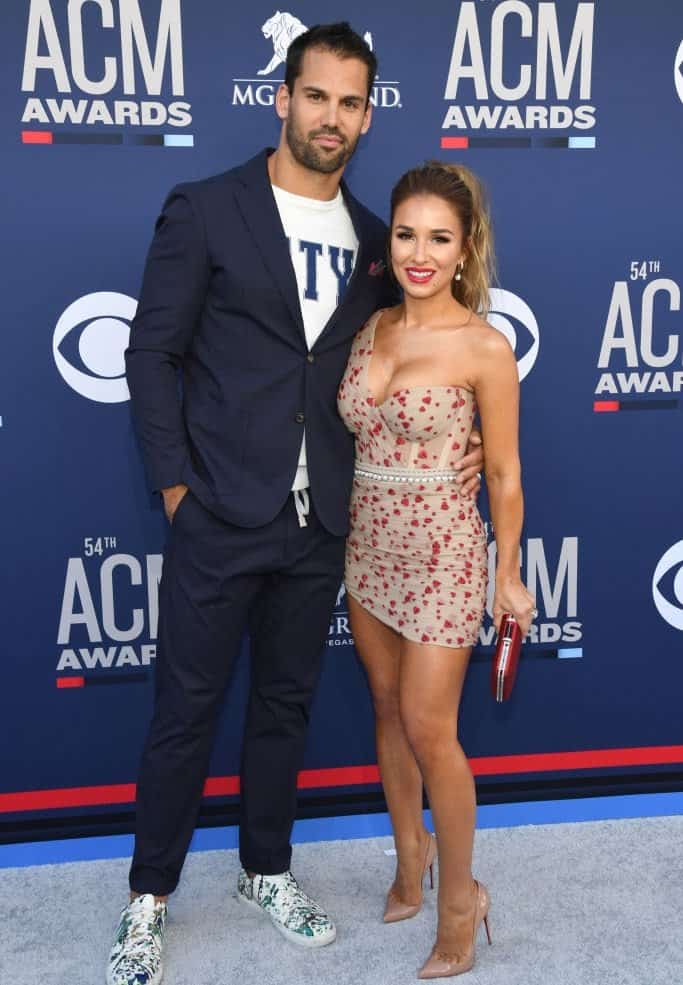 Some Interesting Facts About Eric Decker