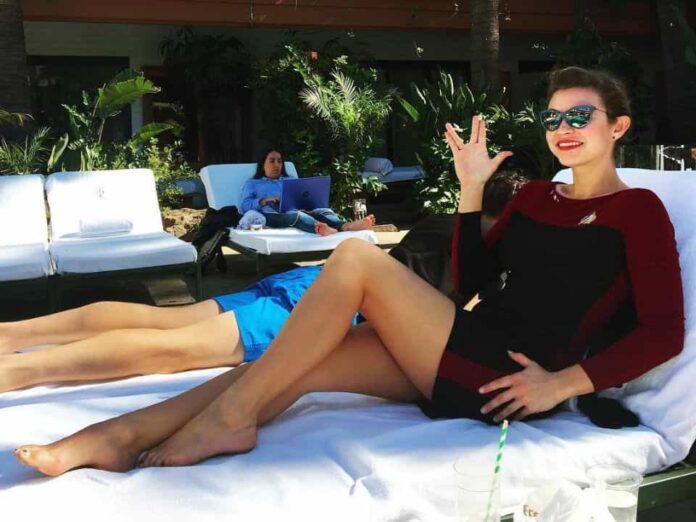 An American actress Elvy Yost is still trying to make her name and leave an impression in the psyche of viewers. She was born as Laura Vivian Yost on 23rd December 1987 in Los Angeles, California.

She is recognized for her leading role as Sophie Novak in the ABC Drama series The Catch. Apart from appearing on screen as an actress, she is also a musician and casting director as well.  Many users consider her as a rising star in the future due to her versatile personality.

She has a slim body with figure measurement is 32 inches breast, 25 inches waist, and 34 inches hips approximately. She will turn 33 years old in December 2020. Her bra size is 32B whereas her dress size is 9 and shoe size is 4 (UK).

Elvy Yost’s net worth is not revealed yet.

Elvy Yost was born and raised in Los Angeles, California, USA. Her family and educational information is still a mystery.

In 2009, Elvy Yost made her film debut from Bandslam in a role that was written for a boy, but co-screenwriter-director Todd Graff rewrote it for a girl following her audition. She has also worked in theatre and her theatre work includes off-Broadway productions of A.R. Gurney’s Black Tie (2011), Alena Smith’s The New Sincerity (2015), and Samuel D. Hunter’s Pocatello (2014). Some Interesting Facts About Elvy Yost