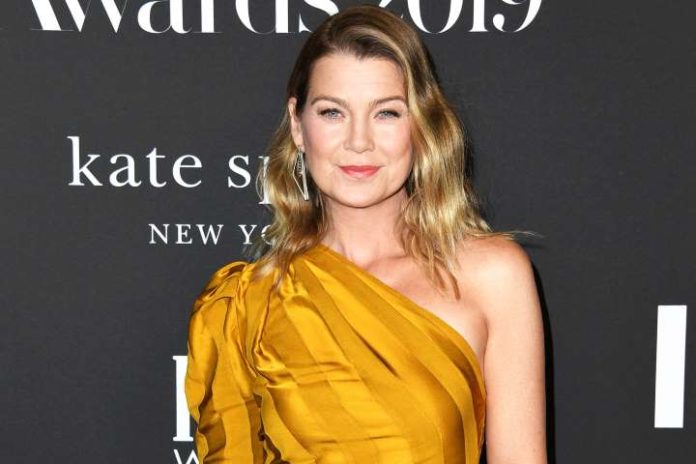 A well established American actress Ellen Pompeo is best known for her role as Dr. Meredith Grey in the TV series ‘Grey’s Anatomy’. She was born as Ellen Kathleen Pompeo on November 10, 1969. In New York City, she was discovered by a casting director who offered her the chance to appear in an advertisement campaign for L’Oreal.

She eventually started her career with minor roles and appeared in many TV series such as ‘Strong Medicine’ and ‘Friends’. In 2002, she made her debut on the big screen with the romantic drama film ‘Moonlight Mile’ which was a commercial failure but her performance was praised by critics and considered worthy of an Academy Award.

She got a major breakthrough and immense popularity after she started playing the lead role in the medical drama series ‘Grey’s Anatomy’. She won a Screen Actors Guild Award for her performance among other accolades.

Ellen Pompeo weighs 50 kg and 123 lbs in pounds. She stands with a height of 165 cm or in feet inches 5’5”. She looks beautiful in light brown hair color and sparkling green color eyes with thick eyebrows. Her figure measurement is 36-26-36 approximately. She turned 50 years old, in November 2019. Her dress size is 6 whereas her bra size is 34B.

According to sources, Ellen Pompeo’s estimated net worth is $40 million approximately.

Ellen Pompeo was born as the youngest child in Everett, Massachusetts to Joseph E Pompeo and Kathleen B Pompeo. She was raised in a Roman Catholic family along with three elder sisters and two elder brothers. She attended Everett High School for elementary education. Later, she moved to New York City where she started appearing in various commercials.

Ellen Pompeo began her acting career with guest roles in TV series, such as ‘Law & Order’, ‘Strangers with Candy’ and ‘Friends’. In 1999, she made her feature film debut with a minor role in the crime film ‘Coming Soon’.

In 2002, she appeared in the biographical crime film ‘Catch Me If You Can’ which was directed by Steven Spielberg and the film starred Leonardo DiCaprio and Tom Hanks in lead roles.

She was starred in a superhero film ‘Daredevil’ which was based on the popular Marvel superhero. In 2005, she received a major breakthrough from the portrayal of Dr. Meredith Grey, the lead character in the TV series ‘Grey’s Anatomy’ which has earned her international popularity.

She also worked as a voice artist in one episode of ‘Doc McStuffins,’ an animated children’s television series. In 2015, she was honored with the Taormina Arte Award at the Taormina Film Festival.

In 2003, she met her husband Chris Ivery in a grocery store and got married in 2007. She has two daughters Stella and Sienna who was born with the help of a surrogate mother and a son named Eli Christopher.

Here is the list of Ellen Pompeo’s favorite things. Some Interesting Facts About Ellen Pompeo