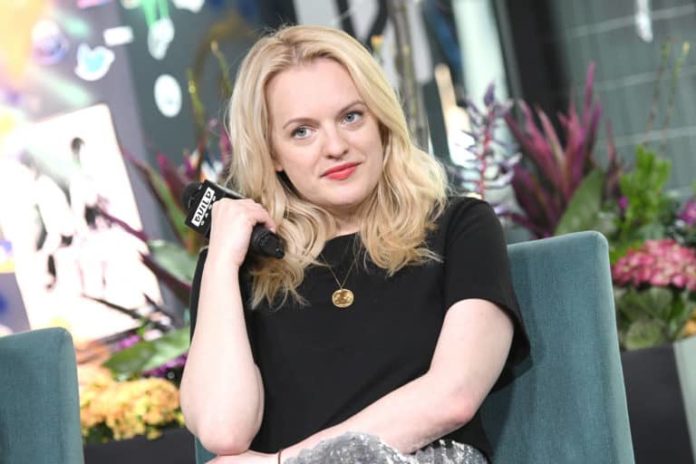 An American actress Elisabeth Moss is best known for her performances in television series ‘The West Wing’ and ‘Mad Men.’ Not only television, but she has also displayed her acting skills in the films and on the stage as well. Being the daughter of musician parents, she grew up aspiring to be a performer and professional dancer.

As she was passionate about dance, she moved to New York City to train as a ballet dancer. Later, she started getting offers for acting and learned to balance both education and career from a very young age.

Elisabeth appeared in various television and film roles including the political drama ‘The West Wing’ where she played the role of the president’s daughter. She is the winner of the ‘Primetime Emmy Award’ for ‘Outstanding Lead Actress’ for her role as a handmaid in ‘The Handmaid’s Tale.’

Elisabeth Moss weighs 52 kg and 115 lbs in pounds. She has a short height of 160 cm or in feet inches 5’3”. She looks beautiful with dark brown color hair and sparkling blue color eyes. Her figure measurement is 35-28-36 approximately. She has a charming personality with glowing skin. She will turn 40 years old.

Elisabeth Moss was born as the eldest daughter in Los Angeles, California, USA, to Ron and Linda Moss. Both of her parents are musicians. Since childhood, she began her acting career and landed on her first screen role in the ‘NBC’ miniseries ‘Lucky/Chances’.

As she started getting offers as a child actress, to manage her education she was being homeschooled and graduated before most of her contemporaries. Once she established herself as a child actor, she moved to New York City and attended the ‘School of American Ballet’ to become a professional dancer.

Elisabeth started her acting career from a young age and appeared as ‘Cynthia Parks’ in seven episodes of the TV series ‘Picket Fences.’ She also lent her voice to the character ‘Michelle’ in the animated film ‘Once upon a Forest.’ As an adult, she began playing ‘Zoey Bartlet,’ one of her most distinguished roles, in the television series ‘The West Wing.’

From 2007 to 2015, she portrayed the role of the secretary-turned-copywriter ‘Peggy Olson’ in one of the greatest television series of all time – AMC’s period drama ‘Mad Men.’ She earned several ‘Emmy Award’ nominations for her excellent performance in the ‘Mad Men’. She has won Golden Globe Award,’ ‘Satellite Award,’ and ‘Equity Ensemble Award’ for the television series ‘Top of the Lake.

In 2009, she got married to Fred Armisen and unfortunately the couple got separated in 2011 due to some personal reasons. Some Interesting Facts About Elisabeth Moss