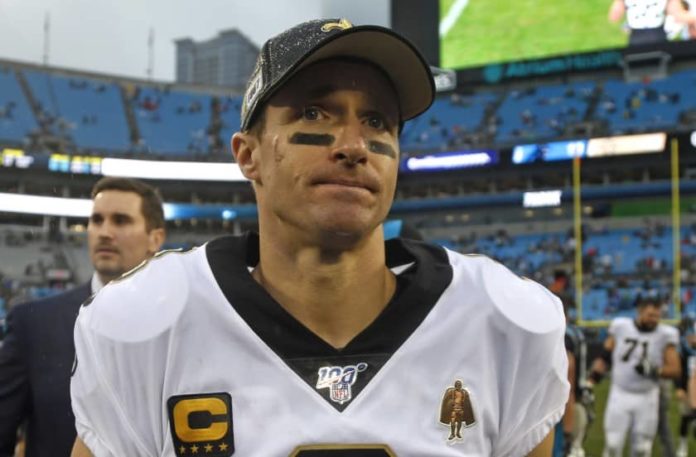 One of the best-decorated football players, Drew Christopher Brees is well known as the highest-paid footballer who plays for the New Orleans Saints of the National Football League. Apart from that this skilled footballer is also renowned as the founder of ‘Dream’ which is a charity foundation.

Moreover, he has named as the sportsman of the year for 2010 by sports illustrated magazine. Currently, he came into the news for being appointed as a passing leader by scoring 71940 yards against the Washington Redskins.

Born on 01 January 1979 this prominent footballer has been turned 42 years old in the year 2021. Drew seems very tall with a height of 6’ in feet & inches. Being a footballer, he keeps himself fit and fine with a weight of 95 kilograms.

Drew is well known as the highest-paid footballer in the NFL and according to the sources his estimated net worth is $130 million approximately as of 2019.

Born in Austin, Texas (US), Drew belongs to the mixed ethnicity of English, Irish, German and French. His Father named Eugene Wilson “Chip” Brees II worked as a famous trial lawyer and his mother named Mina Ruth has worked as an attorney. He is blessed with two siblings named Audrey Brees (Sister) and Reid Brees (Brother).

However, due to the divorce of his parents, he had to separate from each other between both parents’ homes. Talking about his education, Drew enrolled in Austin Westlake High School in order to completer high school. Furthermore, he became a graduate with a degree in Industrial management in 2001 from Purdue University.

This talented footballer commenced his career in 2001 when he selected by the San Diego Chargers. He played his first football match against Kanas City Chiefs on 04 November 2001. He showed his ability in many seasons of football matches. For example, in 2002 he played 16 games with the leadership of the team to an 8-8 record.

In the 2004 season, he was selected for the 2004 Pro Bowl when the Charges triumphed the AFC for the first time in 10 seasons. Moreover, in 2005 he became a free agent and signed an agreement of one year with the Charges in lieu of this contract, the Charges paid him $8 million for 2005.

With the best performance of Brees, The New Orleans Saints has impressed and signed a six-year contract worth $60 million with Brees in 2006. In 2007 he broke the NFL record for pass completions in a single season with 440, this record was previously held by the Rich Gannon.

Furthermore, he became more prominent when he named as AP Male Athlete of the year in 2007. Apart from that on 13 July, he signed a five-year agreement with Saints in lieu of $100 million.

Moreover, he is the owner of a website that aims to raise funds for cancer patients, education, and opportunities for the children. He has been achieved many awards like Super Bowl Champion (XLIV), Super Bowl MVP (XLIV), Bert Bell Award (2009), and many more.

Brees is a happily married man with his high school beloved named Brittany Dudchenko. Both of them are living a happy married life with their children as three sons and one daughter. After dating for five years, this lovely couple tied the knot with each other in February 2003.

Here we are providing the list of favorites of Drew Brees:- 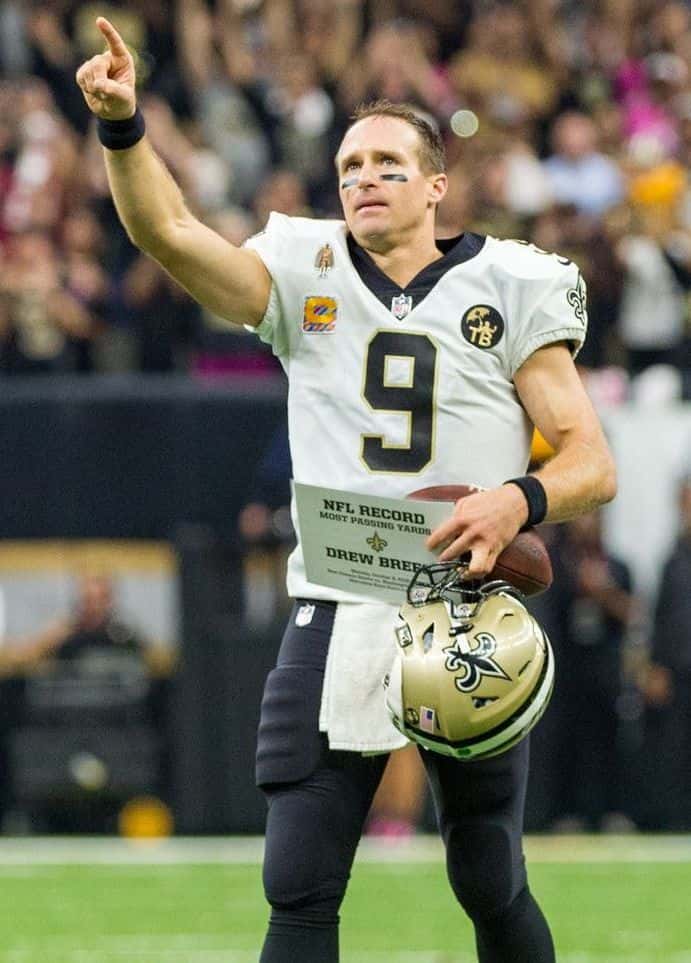 Some Interesting Facts About Drew Brees