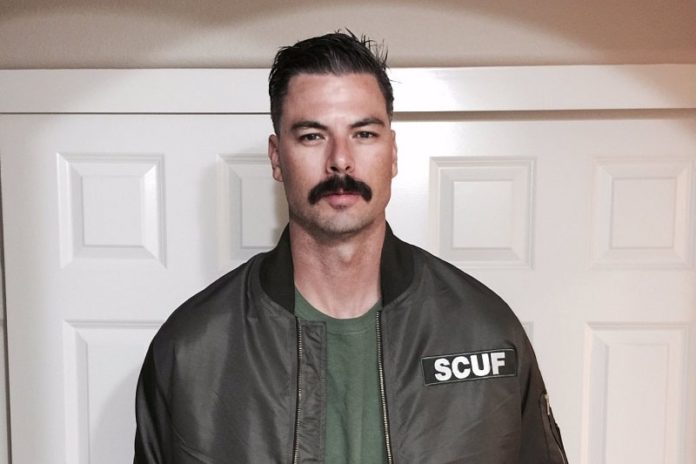 An American YouTuber Dr. DisRespect is known for his unconventional personality with mullet wig, mustache, and sunglasses. He is a Twitch streamer and social media influencer who is quite famous for his entertainment skills. He is also a prolific gamer who streams on Twitch battle royale games like ‘H1Z1: King of the Kills’, ‘Fortnite Battle Royale’, and ‘Black Ops 4: Blackout’.

Apart from live-streaming on YouTube, he also posts dramatic commentary videos, vlogs, and funny skits. Some of his popular videos are ‘Shroud & Dr. DisRespect showing how it’s done at Dreamhack’, and ‘DrDisRespect goes SHOPPING’. He is also the sponsor of various brands like ‘ASUS’, ‘Razer’, ‘G-Fuel’, and ‘Gillette’ as well.

Dr. DisRespect is 203 cm and in feet inches, his height is 6’8” tall. He is a creative personality who weighs 80 kg in Kilograms or 176 lbs in Pounds. He has turned 40 years old. He has an attractive black color eyes and has long black color hair.

He has a muscular physique with the body measurements are as follows 44 inches chest, 36 inches waist, and 40 inches hips. His biceps size is 16.5 inches whereas his shoe size is 12.5 (US).

According to the sources, the estimated net worth of Dr. DisRespect is $3.5 million USD approximately whereas his monthly income is $700K USD.

Born on March 10, 1982, the real name of Dr. DisRespect is Herschel Guy Beahm IV. He is the native of Encinitas, California, USA. He has not disclosed any information about his parents and early life. He has completed from ‘California State Polytechnic University’, Pomona, in 2005.

In 2010, Dr. DisRespect posted his first video on YouTube showing gameplay of Call of Duty: Modern Warfare 2. The gaming channel Machinima has featured him for playing Call of Duty. In 2011, he has worked as a community manager of Sledgehammer Games.

He was later promoted to level designer and worked to build multiplayer maps for Call of Duty: Advanced Warfare. His funny, boastful, and over-the-top commentary made him popular. He has designed most admired multiplayer maps like ‘Quarantine’, ‘Horizon’, ‘Slideshow’, etc. which was an incredible accomplishment.

From being a streamer he later focused on a full-time career as a Twitch streamer. By the end of 2017, he took a break from gaming and streaming due to personal issues. In 2018, he made a comeback on YouTube with the video ‘He’s Back | Best Dr. DisRespect Moments #1’. Eventually, he also collaborated with other internet personalities.

Dr. Disrespect is a married man but has kept her personal life hidden. According to sources, she has a daughter named Alana.

Here we are providing you the list of Dr. DisRespect’s favorite things. Some Interesting Facts About Dr. DisRespect