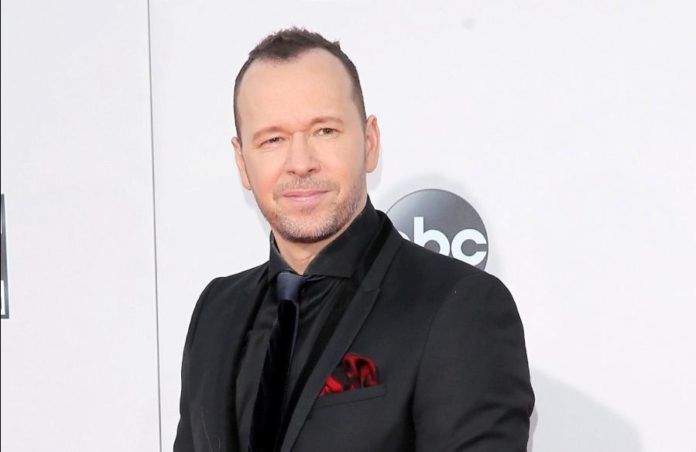 Success is the result of hard work striking opportunities, this line is very well proved by Donnie Wahlberg who is an American singer, actor, and film producer. Moreover, he caught huge public attention through his outstanding work in The Sixth Sense, Blue Bloods, and Saw II.

Recently, Wahlberg came into the limelight in the year 2021 when he worked on season five of The Masked Singer as the rooster “Cluedle-Doo” who gave exclusive clues to the viewers.

He is very conscious about his physique and maintains himself with a weight of 82 kilograms and 181 lbs in pounds. His personality is enhanced by his dark brown eyes and light brown hair.

According to the sources, Donnie’s estimated net worth is $20 million approximately.

Born and growing up in Boston, Massachusetts, USA, Donnie belongs to a mixed ethnicity including Irish, Swedish, English, French-Canadian, and Scottish. He is the loving and caring son of Donald Edmund Wahlberg Sr (Father) and Alma Wahlberg (Mother).

His father was a teamster who died in 2008 while his mother was a bank clerk. However, his parents got divorced in the year 1982. After the separation of his parents, Donnie started living with his mother.

Apart from that, he grew up with his eight siblings named Paul, Robert, Tracey, Michelle, Arthur, Jim, Debbie, and Mark. As for his education, he attended William Monroe Trotter School. Furthermore, he also studied at Copley High School.

Talking about his career, Donnie took the first step towards his career in the year 1984 when he auditioned by music producer Maurice Starr who was amazed by his singing, dancing, and rapping skills. Later, he was entrusted with the responsibility of forming ‘New Kids on the Block.’

Besides his career in music, Donnie has also made his appearance in several movies and television series. Later, in the year 1996, he got appeared as Big Balls in ‘Bullet’. Furthermore, Wahlberg also appeared in ‘Black Circle Boys’, ‘Ransom’ and ‘The Taking of Pelham One Two Three’.

Apart from that, he also got the opportunity to appear in numerous movies and television series such as ‘Fuller House’, ‘Massholes’, ‘Blue Bloods’, ‘Boston’s Finest’, ‘Bunker Hill’, Righteous Kill’, ‘Return of the Mac’, ‘Kings of South Beach’, ‘Marilyn Hotchkiss’ ‘Annapolis’, ‘Dreamcatcher’, ‘Big Apple’, ‘Band of Brothers’, ‘Triggermen’, ‘Diamond Men’, ‘Body Count’ among others.

Moving towards his personal life, Donnie is a married man who got married to actress Jenny McCarthy on 31 August 2014. Apart from that, he was previously married to Kimberly Fey on 20 August 1999.

However, their relationship came to an end on 28 September 2010 due to some personal issues. Moreover, the couple has also shared two children from this marriage, Xavier Alexander Wahlberg and Elijah Hendrix Wahlberg. Other than this, he has also dated Aubrey O`Day for a brief amount of time.

Here we are providing the list of favorites of Donnie Wahlberg: 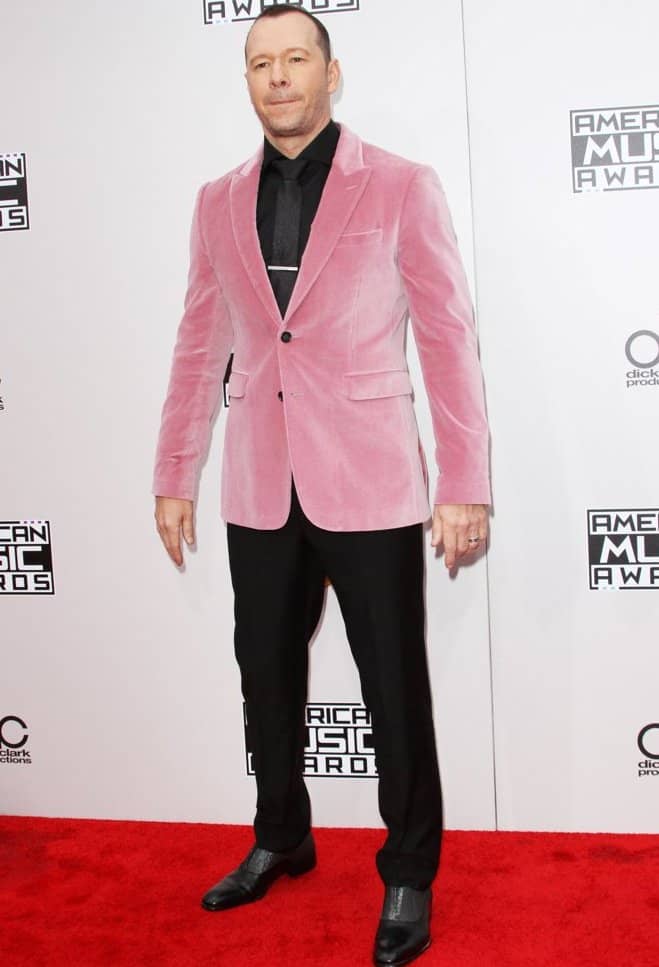 Some Interesting Facts About Donnie Wahlberg