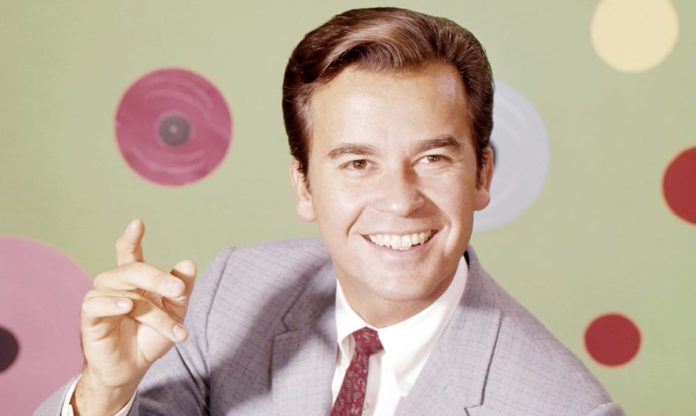 Dick Clark was known for being an elite celebrity of America as he was an actor, producer, radio, and television host. He was a cultural icon who is still known for hosting American Bandstand for more than 30 years. Since childhood, he was fascinated with the radio broadcasting world and had roots in radio work as his father was a radio manager at WRUN Radio Station.

He rose to popularity when he was appointed as a substitute host of Bob Horn’s Bandstand. For his extreme contributions to the entertainment industry, he was honored with four Emmy Awards and has been inducted into the Rock and Roll Hall of Fame.

Dick Clark was 172 cm and in feet inches, his height was 5’8” tall. He was a respected celebrity but his weight has not been disclosed yet. He died at the age of 83 on April 18, 2012. He had a sharp grey color eye and had messy white color hair.

His body measurements and the rest of the physique information are not available. Though he was so old but was adored for his youthful appearance.

According to the sources, the estimated net worth of Dick Clark was $300 million USD approximately.

His brother Bradley Clark passed away during the Second World War in combat. He was influenced towards radio broadcasting due to his father’s job as a station manager at the WRUNRadio station. While growing up, he had listened to various radio programs.

He had completed his high school studies at A.B. Davis High School. He had pursued his further studies at Syracuse University earned a minor degree in radio and majored in business administration.

Dick Clark started his career in the mailroom working at an AM radio station in Rome WRUN. In 1952, he moved to Pennsylvania to work as a disc jockey at a radio station WFIL. By the 1960s, he had established his own production house Dick Clark Productions that has produced “Where the Action Is” and “American Music Award”.

After hosting, Dick Clark’s Rock, Roll & Remember he decided to pursue a full-time host of the radio. After contributing to radio, he moved to TV and has hosted commercially successful shows such as Dick Clark’s World of Talent, The Other Half, Dick Clark’s Live Wednesday, and Challenge of the Child Geniuses.

As an actor, he had acted in the movies like Jamboree, The Phynx, Spy Kids, and The Young Doctors. He has hosted the TV game show “The Challengers” which was co-produced by the production companies of Ron Greenberg and Dick Clark.

In 2004, he had his first heart stroke that also impacted his speech ability. He made his return with a show on New Year’s Rockin’ Eve. He was honored with various prestigious awards including Peabody Award, Daytime Emmy Lifetime Achievement Award, and Emmy Awards.

Dick Clark had been married thrice in his entire life. In 1952, he was married to Barbara Mallery and had a son Richard A Clark from his first marriage. The couple got separated in 1961. Later he got married to Loretta Martin and the couple was blessed with two children Cindy and Duane.

Due to personal reasons, his second marriage ended in 1971. In 1977, he got married to Kari Wigton which lasted until his death. Though the couple was married for longer but did not share any child. On April 18, 2012, he died at the age of 82 due to a fatal heart attack. He was going through a transurethral resection procedure in order to treat an enlarged prostate. Some Interesting Facts About Dick Clark