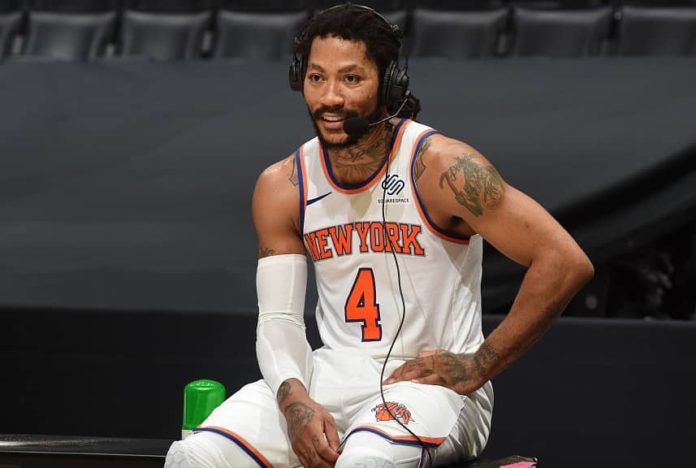 Currently representing the National Basketball Association’s ‘Detroit Pistons,’ well-known American basketball player Derrick Martell Rose is a famous celebrity in the US. He went on to become one of the best high school players in the nation shortly after his talent in the sport became evident.

Later, he represented the ‘Memphis Tigers’ in college basketball, where his exceptional abilities were recognized. The ‘Chicago Bulls’ drafted him into the NBA in 2008. He went on to become one of the best players in NBA history, owing to his physique and skills.

He became the NBA’s youngest player to receive the ‘Most Valuable Player Award’ in 2011, at the age of 22. He is also the co-owner of Giordano’s Pizzeria, in addition to being a sportsman.

‘Adidas’ and ‘Wilson Sporting Goods’ are among the companies for which the famous basketball player has signed contracts. He was featured on the cover of a famous video game called “NBA 2K13” alongside popular NBA players Kevin Durant and Blake Griffin.

Born on 4th October 1988, Derrick Rose is currently 34 years old. Rose is quite tall and his height measures 6 feet 3 inches while his weight is 86 kg approximately.

Derrick has kept himself in a good shape and has a body figure measurement of 40-30-35, his biceps measure 15 inches and he wears number 13 in the shoe size. Rose has brown-colored eyes and the color of his hair is brown as well.

After starting his career with Chicago Bulls, Rose soon gained a lot of popularity and was rewarded many times. Derrick was also a part of the team that won gold at the 2010 world cup.

Derrick is one of the most popular basketball players and has earned most of his wealth through his expertise in-game as well as from advertisements and endorsements. He lives a luxurious life and the total net worth estimated for Derrick Rose is $115 million US dollars as of now.

The native of Illinois Derrick Rose was born and raised in Englewood, Chicago, Illinois, USA. Rose has not revealed the name of his father but his mother is Brenda Rose, he grew up along with his three brothers. After studying at Simeon Career Academy, he attended The University of Memphis.

Derrick Rose was chosen by the ‘Chicago Bulls’ in the Draft pick in 2008. He also won two ‘Rookie of the Year’ honors, averaging 16.8 points and 6.3 assists per game. In the 2009-10 seasons, his team made the playoffs. At the same season, he was a member of the United States national basketball team, which won gold at the 2010 ‘FIBA World Cup.’

He has voted the NBA Most Valuable Player the following season. His success improved over the next few seasons, and he quickly established himself as an NBA all-around player. In 2014, he was a member of the United States National Basketball Team, which won gold at the FIBA World Cup.

Rose and Justin Holiday were traded to the ‘New York Knicks’ in June 2016. Despite the fact that his success for the ‘New York Knicks’ was praised, he was fined in January 2017 for traveling to Chicago to visit his mother without informing authorities. Rose signed a deal with the ‘Cleveland Cavaliers’ in July 2017.

In a 102-99 victory over the ‘Boston Celtics,’ he scored 14 points. He signed a deal with the ‘Minnesota Timberwolves’ the following year, reuniting with Tom Thibodeau, Jimmy Butler, and Taj Gibson. On July 7, 2019, he signed with the ‘Detroit Pistons.’ He became the first player in Pistons history to score more than 20 points in seven consecutive games as a reserve.

The popular sports star has been in a relationship many times and is presently engaged to Alaina Anderson. He also has two children, a son Derrick Jr. and his daughter Layla.

Here we provide you the list of Derrick Rose’s favorite things. 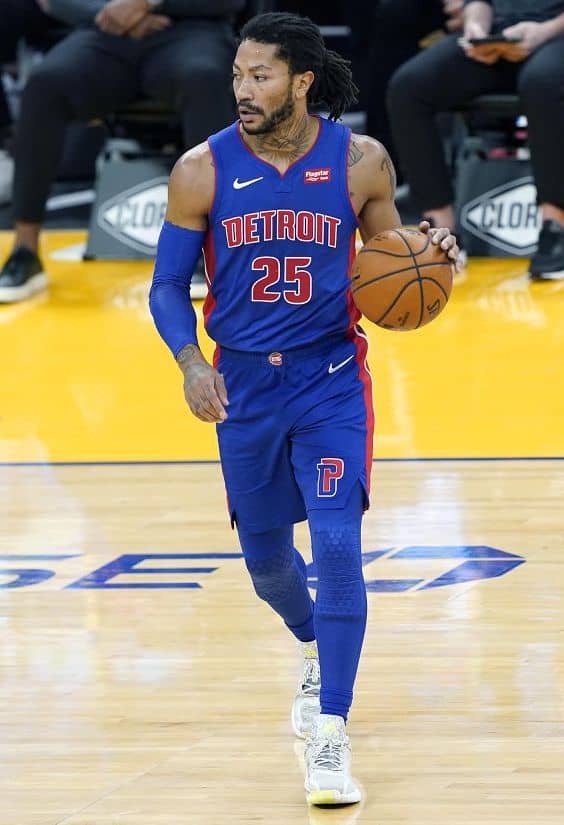 Some Interesting Facts About Derrick Rose